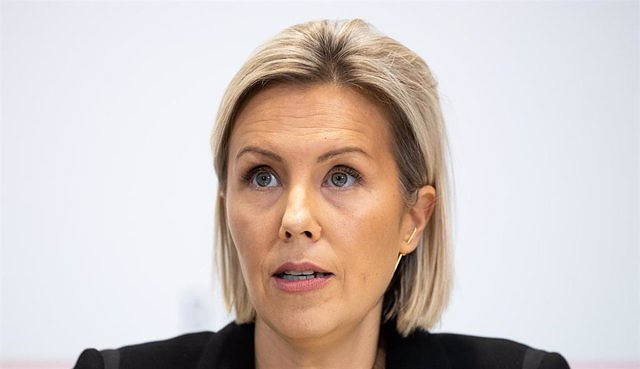 The Belgian Defense Minister, Ludivine Dedonder, pointed out this Wednesday that the missiles that hit Polish territory, leaving two dead in the border town of Przewodow, may come from Ukraine's own air defenses.

"According to current information, the missiles in Poland may be the result of Ukrainian air defenses. Russian missile parts and a Ukrainian interceptor missile are said to have reached Poland. This must be confirmed by ongoing investigations," the statement said. Belgian minister in a message on social networks.

Dedonder thus echoes the information that indicates that the missile would be from the Ukrainian defenses themselves. For the moment, the Pentagon has avoided confirming authorship and in statements from Bali, Indonesia, where the G20 summit is being organized, the President of the United States, Joe Biden, has indicated that it is "improbable" that the projectile was fired by Russia and has advocated for completing the investigation into the event.

At this time, the emergency meeting of NATO ambassadors is being held to examine the incident in Poland. The meeting is chaired by the NATO Secretary General, Jens Stoltenberg, who will offer statements to the press at the end of the meeting.

It remains to be seen if Poland finally invokes Article 4 of the North Atlantic Treaty to trigger consultations within NATO, after it said it was considering this option.

‹ ›
Keywords:
PoloniaBélgicaUcrania
Your comment has been forwarded to the administrator for approval.×
Warning! Will constitute a criminal offense, illegal, threatening, offensive, insulting and swearing, derogatory, defamatory, vulgar, pornographic, indecent, personality rights, damaging or similar nature in the nature of all kinds of financial content, legal, criminal and administrative responsibility for the content of the sender member / members are belong.
Related News