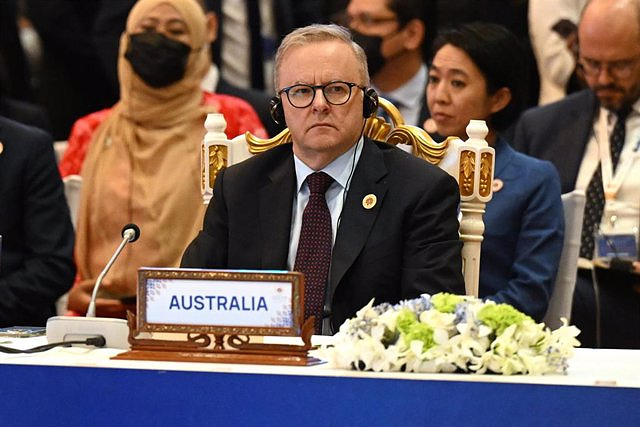 Australian Prime Minister Anthony Albanese confirmed on Monday that he will have a face-to-face meeting with Chinese President Xi Jinping at the G20 summit that begins Tuesday in Bali, Indonesia.

This meeting will be the first formal meeting between the leaders of Australia and China in five years, reports Australian public television ABC.

"We entered this discussion with good will. There are no preconditions in this discussion. I hope to have a constructive dialogue," declared the Australian leader upon arrival in Bali.

On previous occasions, Canberra has asked Beijing to withdraw its trade sanctions against the country so that the relationship between the two countries gets back on track.

Australian Trade Minister Don Farrell explained in the summer that talks between the two countries could emerge as an "alternative way" to resolve trade disputes, he explained in an interview with Guardian Australia.

‹ ›
Keywords:
ChinaIndonesiaBaliAustralia
Your comment has been forwarded to the administrator for approval.×
Warning! Will constitute a criminal offense, illegal, threatening, offensive, insulting and swearing, derogatory, defamatory, vulgar, pornographic, indecent, personality rights, damaging or similar nature in the nature of all kinds of financial content, legal, criminal and administrative responsibility for the content of the sender member / members are belong.
Related News