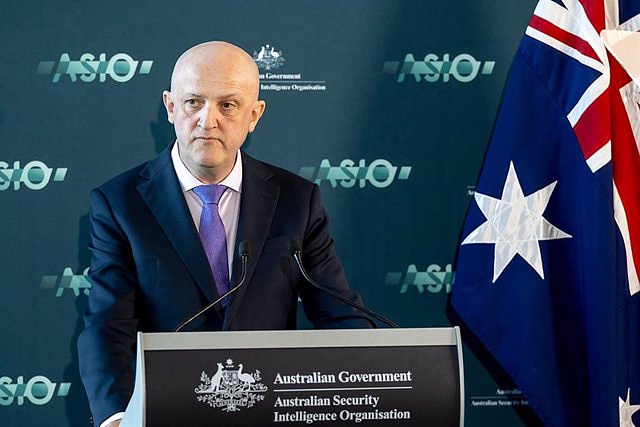 The Australian National Intelligence Agency (ASIO) lowered the terrorist threat level for the first time since 2014, eight years ago, on Monday.

Australian Security Director General Mike Burgess has announced that his agency is lowering the threat level from "probable" to "possible" after no major attacks or disruptions have occurred this year.

Despite this measure, he has qualified that the country "continues to be a potential terrorist target", despite the fact that "there are fewer extremists" than when the threat level was raised to "probable".

"This does not mean that the threat has been extinguished. Nothing is further from reality. 'Possible' does not mean 'insignificant'", he clarified, before asserting that the organization "works day and night to prevent that (a terrorist attack ) happen".

Burgess explained that ASIO's decision to set the threat level to "probable" in 2014 was "tragically justified", pointing to the formation of Islamic State in the Middle East, as "significant numbers of Australians were seduced by the skillful propaganda".

"Since 2014, there have been eleven terrorist attacks on Australian soil, while 21 significant plots have been detected and disrupted. Fortunately, there have been no major attacks this year," the ASIO director reported from Canberra.

In this sense, he added that the country's intelligence services keep the level of terrorism threat under constant review: "A decision of this nature is not taken lightly."

In addition, the head of Intelligence wanted to emphasize "the maturity of the anti-terrorist legal frameworks" in the country. "Australia is a safer place not only because of the actions of our organization and our partners, but also because of the decisions of successive governments," he said.

"Our security, intelligence and law enforcement agencies continue to work together to counter terrorism and with our international partners," said the minister, through a statement published by her ministerial portfolio.

O'Neil has maintained that threats will continue to evolve: "We expect to see changes in the security environment over time."

He has also added that a lower threat level does not mean a reduced operational pace for security agencies.

‹ ›
Keywords:
AustraliaTerrorismo
Your comment has been forwarded to the administrator for approval.×
Warning! Will constitute a criminal offense, illegal, threatening, offensive, insulting and swearing, derogatory, defamatory, vulgar, pornographic, indecent, personality rights, damaging or similar nature in the nature of all kinds of financial content, legal, criminal and administrative responsibility for the content of the sender member / members are belong.
Related News