At least one dead and two wounded by Israeli Army shots in Nablus, West Bank 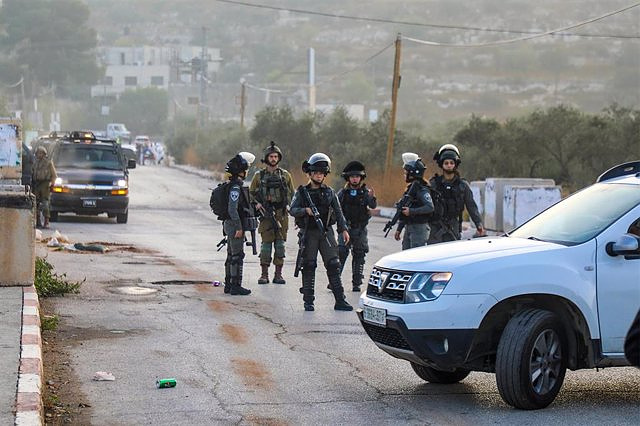 The Palestinian authorities have announced in the early hours of this Friday that at least one West Bank citizen has died and two others have been injured by shots fired by the Israeli Army near a checkpoint in the city of Huwara, in the Nablus region, in the northern West Bank.

The Palestinian Ministry of Health has indicated that the 47-year-old fatality has been shot in the abdomen, chest and head. The injured, who have been transferred to the Nablus hospital, are in serious condition, with gunshot wounds to the abdomen and chest, reports the Wafa news agency.

The Israel Defense Forces (IDF) have reported through a message on their Twitter social network profile that their agents have responded to "a shooting attack from a vehicle that was passing towards a military post."

"An IDF agent in the area identified two suspicious vehicles in the area and shot at them," said the Army, which has assured that there are no casualties in the military body.

"During the raids at the (checkpoint) post, several backpacks were found. IDF forces are searching for additional suspects in the area," the institution added.

The attack came about an hour after the Israeli army announced that it was opening several entrances to Nablus, a region that has been under a strong military cordon since October 12, reports the Israeli newspaper 'The Times of Israel'.

"Following an assessment of the situation, it has been decided to change the method of restricting movement in the Nablus area and some entrances to the city will be opened tonight," an IDF spokesman said in a statement sent shortly after midnight. .

However, it is unknown if the Huwara checkpoint was among those entrances to the city included in the decision to ease the blockade on the city.

The decision to lift the restriction on movement came after Jerusalem claimed to have made "important progress" against the Palestinian armed group 'Lion's Den' in the West Bank.

Israeli troops carried out an operation in Nablus on Tuesday, after which five Palestinians were killed and another 20 wounded, three of them seriously.

The IDF later explained that they had raided an apartment that they attribute to the La Guarida del León armed group, for which they had killed the supposed leader of the group "and other armed men", and had destroyed a bomb factory.