At least four people have died and 38 have been injured by a powerful explosion of unidentified origin that occurred this Sunday on the busy Istiklal avenue in the Turkish capital, Istanbul. 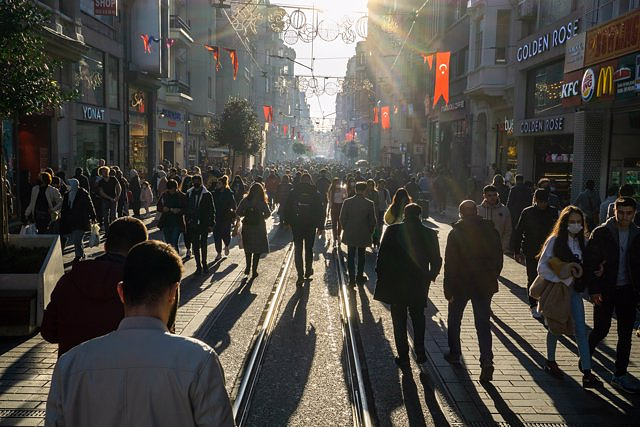 At least four people have died and 38 have been injured by a powerful explosion of unidentified origin that occurred this Sunday on the busy Istiklal avenue in the Turkish capital, Istanbul.

The governor of Istanbul, Ali Yerlikaya, has confirmed that the explosion took place around 2:20 p.m., Spanish peninsular time, as well as the deaths on his Twitter account, without giving further details.

"Our injured are being treated. We wish God's mercy for those who lost their lives and a speedy recovery for the injured. The developments will be shared with the public," he reported on the social network.

Meanwhile, an Istanbul court has already declared an "information blackout", following the anti-terrorist protocol in Turkey, while the Istanbul Attorney General's Office has already announced the start of an investigation.

Firefighters, police and medical teams have already moved to the area, as emergency sources have confirmed to the Bursa Haberdar portal, cordoned off by the security forces to facilitate care for the victims.

Istiklal Avenue, or Independence Avenue, is one of the busiest streets in the city and is home to numerous businesses.

‹ ›
Keywords:
Turquía
Your comment has been forwarded to the administrator for approval.×
Warning! Will constitute a criminal offense, illegal, threatening, offensive, insulting and swearing, derogatory, defamatory, vulgar, pornographic, indecent, personality rights, damaging or similar nature in the nature of all kinds of financial content, legal, criminal and administrative responsibility for the content of the sender member / members are belong.
Related News