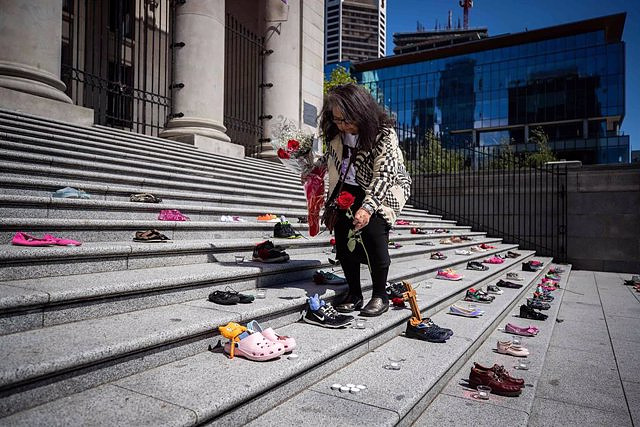 An indigenous tribe in the southern Canadian province of British Columbia has announced the discovery of at least 66 unidentified graves near an indigenous forced assimilation boarding school, adding to other graves whose discovery shocked the North American country last year.

"It's discouraging, but at the same time we're finding the truth and putting together the history and legacy of what that school was and the amount of damage it caused," Tribal Chief Willie Sellars of the Williams Lake First Nation was quoted as saying. has picked up the CTV News network.

This finding is in addition to an investigation last year that identified 93 possible burials found on 14 hectares of land inspected near the Saint Joseph Mission Residential School, a former boarding school for indigenous minors.

"Since then, we have continued to work with our technical team and contractors to search for more terrestrial anomalies," Sellars said, stressing the importance of collecting the stories of their ancestors.

This boarding school was run by the Catholic Church from 1912 until the early 1970s, when the building was converted into a resort and casino, with an adjacent golf course. According to the tribe, more than 100 of its members were forced to attend this assimilation school.

These types of schools were created in the 19th and 20th centuries to forcefully assimilate young Indians and were financed by the State and managed by religious organizations. Recent investigations and findings of dead bodies have caused uproar across the nation, prompting Canada's Prime Minister Justin Trudeau to demand that the Catholic Church "take responsibility."

An investigation commission concluded in 2015 that many of the minors never returned to their communities and thus recognized a "cultural genocide", while the Lost Children Project has so far identified more than 4,100 minors who died during their stay in boarding schools. , of which many were buried in the school grounds themselves.