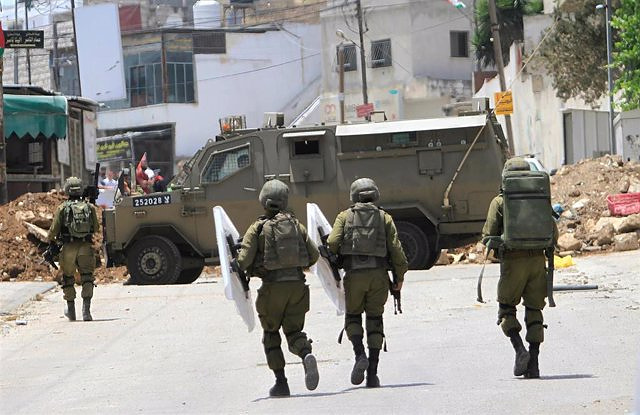 A 63-year-old Israeli who was seriously injured in a knife attack by a Palestinian on October 25 in the West Bank town of Al Funduq has died on Tuesday after one of the wounds reopened late on Monday and caused severe bleeding, as confirmed by his family.

"My father had been home for a week. It seemed that everything was fine, but suddenly one of his wounds opened. In a few minutes he lost a lot of blood," Lidor, son of the deceased, Shalom Sofer, told the station. Israeli public, Kan. "When he was discharged, we thanked God for the great miracle and we were sure that in one or two days our father would return to normal," he lamented, as reported by 'The Times of Israel'.

Israel's Prime Minister, Yair Lapid, has conveyed his condolences to the victim's family and has stressed that "the fight against terrorism continues day and night," according to a message posted on his official account on the social network Twitter.

Sofer was injured after being stabbed in Al Funduq, near the city of Kedumim, although he managed to get to his car and drive to a nearby point where he was treated by Israeli emergency services. The attacker, who fled the scene, was captured by Israeli forces a few hours later, after which the Army spoke of a "terrorist attack."

Tensions have risen in recent months in the West Bank following the latest attacks against Israelis, which have left nearly 20 dead. For their part, security forces have killed 125 Palestinians in operations in the West Bank and East Jerusalem and have arrested nearly 2,000 suspects.

‹ ›
Keywords:
IsraelPalestina
Your comment has been forwarded to the administrator for approval.×
Warning! Will constitute a criminal offense, illegal, threatening, offensive, insulting and swearing, derogatory, defamatory, vulgar, pornographic, indecent, personality rights, damaging or similar nature in the nature of all kinds of financial content, legal, criminal and administrative responsibility for the content of the sender member / members are belong.