A South African court orders Zuma back into prison, says he has "not finished serving" his sentence 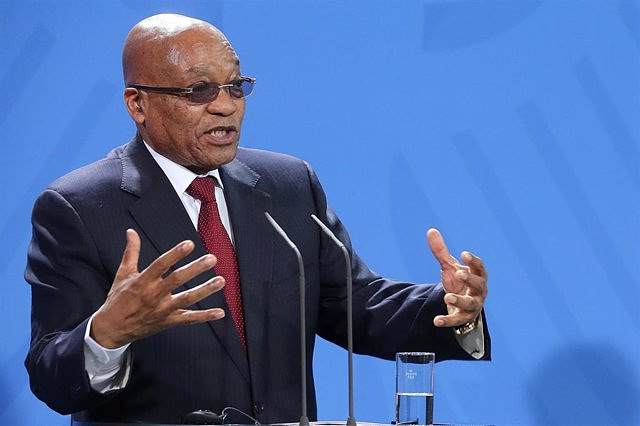 A South African court has ordered this Monday that former President Jacob Zuma return to prison after ratifying that the medical leave granted to him in September was illegal, for which he has stressed that the former president "has not finished serving his sentence."

"Zuma, according to the law, has not finished serving his sentence," the Supreme Court of Appeals said in a unanimous ruling that the former president be re-imprisoned in Estcourt, in the state of KwaZulu-Natal.

Thus, it has indicated that the period of imprisonment that remains to be served must be determined by the commissioner of prison services, including the possibility that he take into account the period that he has spent with a medical permit, as reported by the South African newspaper 'The Times'.

Zuma was sentenced to 15 months in prison for contempt after refusing to testify in a corruption case, a sentence that sparked the most violent protests in the country's recent history and resulted in almost fifty deaths.

The Department of Correctional Services indicated in early September that the former president was on "probation for medical reasons" and added that "he will complete the rest of the sentence in the community corrections system, where he must comply with specific conditions and will be subject to supervision until you satisfy your sentence".

After that, the Zuma Foundation --founded by the former president-- indicated on October 7 that he was free to serve 15 months since the sentence was handed down, although the ruling of the Supreme Court of Appeals leaves this up in the air. , given the possibility that he has to serve in prison the time he has been on probation.

Zuma has been the first democratically elected president in South Africa to be sentenced to prison since the African National Congress (ANC) - a party he led between 2007 and 2017, when he was removed in an internal council by its vice president and current president, Cyril Ramaphosa. -- seized power in 1994.