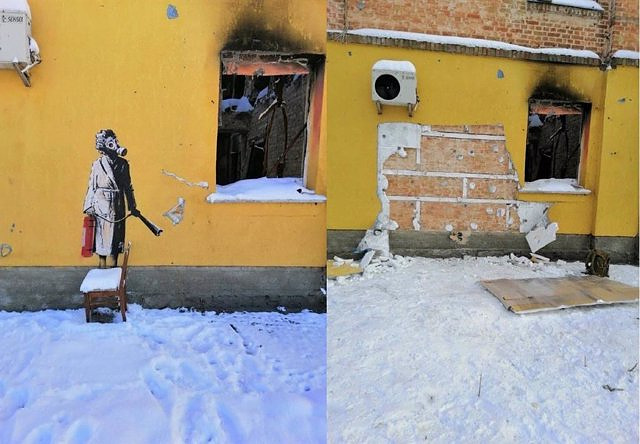 The Ukrainian authorities have reported the arrest of a person for the attempted theft of a mural painted by the artist Banksy in Gostomel, in the kyiv region.

"A group of people have tried to steal a Banksy graffiti. They have cut out the image from the wall of a house that had been destroyed by the Russians," explained the head of the kyiv Region Military Administration, Oleksii Kuleba, in a message posted on Telegram.

The suspect was arrested at the scene of the crime. "I thank the Police and the Army for their quick response," he said.

Kuleba has assured that the graffiti has not been damaged and has stressed that there are agents already investigating what happened. Now they are studying what to do with the work, which has been separated from the wall.

"I want to emphasize that Banksy's works in the kyiv region are protected by the Police. After all, these images are a symbol of our fight against the enemy. They are testimony to the support and solidarity with Ukraine of the entire civilized world" , has highlighted.

"We are going to do everything possible to preserve these works of street art, a symbol of our future victory," Kuleba stressed.