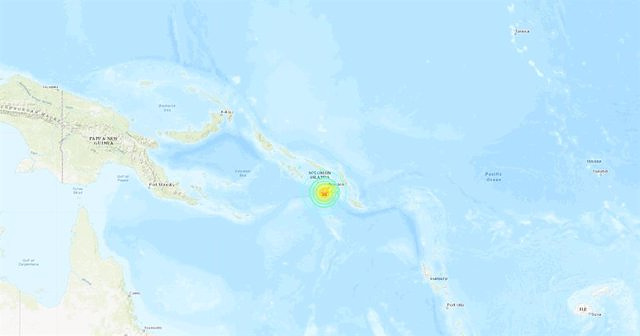 An earthquake of magnitude 7 on the Richter scale has shaken this Tuesday morning the southern Solomon Islands, east of the island of Papua New Guinea, as reported by the United States Geological Survey (USGS).

The tremor occurred at 0303 Spanish peninsular time about 15 kilometers southwest of the island of Guadalcanal, near Honiara, the capital of the Solomon Islands.

In addition to the earthquake, which occurred at a depth of 20 kilometers, a tsunami warning has been issued for the coasts of the Pacific archipelago within a radius of 300 kilometers from the epicenter.

The Solomon Islands, Papua New Guinea, as well as islands in the Pacific region are located along the Ring of Fire, where about 90 percent of the world's earthquakes occur.

On Sunday, more than 160 people were killed by a magnitude 5.6 earthquake in Indonesia, most of whom were minors.

‹ ›
Keywords:
Terremotos
Your comment has been forwarded to the administrator for approval.×
Warning! Will constitute a criminal offense, illegal, threatening, offensive, insulting and swearing, derogatory, defamatory, vulgar, pornographic, indecent, personality rights, damaging or similar nature in the nature of all kinds of financial content, legal, criminal and administrative responsibility for the content of the sender member / members are belong.
Related News