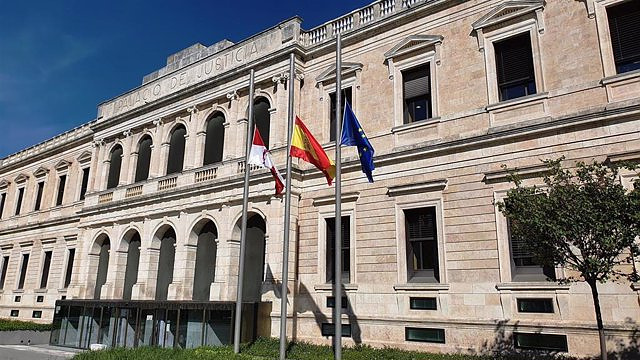 The Law for the Comprehensive Guarantee of Sexual Freedom, known as the 'Yes is yes' law, has been translated so far in Castilla y León in three court decisions, one in Segovia and two in León, which apply the most favorable norm. the prisoner after the aforementioned reform of the Penal Code.

In the rest of the provincial hearings of the community, as well as in the Civil-Criminal Chamber of the TSJCyL, until now no resolutions have been issued that modify the sentence after the entry into force of Organic Law 10/2022, as reports the Press Office of the Castilian-Leon High Court.

In the Provincial Court of Segovia, the final judgments on sexual crimes that were considered to be influenced by said reform and that were not suspended, on probation or fulfilled have been reviewed.

In total, the provincial court understood that there were four that could raise doubts as to whether the new Law was more favourable. Of these four, after hearing the prosecutor and the parties, it has been considered that the review is appropriate in one.

In the latter, the Segovia Court has reduced the prison sentence imposed on a sexual offender from 12 to 9 years after ex officio reviewing the 2012 sentence as a result of the recent reform of the Penal Code and the need to apply the most favorable norm. to the prisoner. The Prosecutor's Office supported the revision of the resolution, although it defended that the sentence should be reduced from 12 to 11 years.

The man, who is serving a prison in Romania, his country of origin, threatened his cousin with a knife and raped her in April 2011 in the house of a town in the province where she had agreed to take him in temporarily. He entered her bedroom, put the knife to her neck, and forced her to have sex.

In 2012 he was tried and convicted by the Segovia Court for the crime of sexual assault with penetration with the aggravating circumstance of the use of a weapon, which by application of articles 178, 179 and 180.1, provided for a penalty of 12 to 15 years in prison. The court took into account his mental disorder.

The current Penal Code, after the recent reform of crimes of a sexual nature, provides for sentences of between 7 and 15 years for those same acts.

The Court concludes that "examining the sentence we verified that the 12-year sentence was imposed, based on the fact that it was the minimum possible and the court expressly stated so" since the mental illness suffered by the convicted person was taken into account and that it "mitigated his criminal responsibility."

The Public Prosecutor defended the reduction to 11 years. The defense requested his release on the grounds that the minimum sentence is 7 years and that he would have already served them.

The Chamber, on the other hand, "deems it appropriate to impose a sentence of 9 years in prison, this is half the sentence of the lower half, since there is no possibility of individualizing the sentence at this time since the prisoner has not been in his presence, nor to be in Spain to have been heard".

The magistrates believe that the fact that the prisoner is not serving his sentence in Spain does not prevent his sentence from being reviewed, even if it is an assumption that is not provided for in the law.

In this sense, the judges explain that "we find ourselves in a peculiar situation not provided for in the legislation, but given that the review affects a fundamental right such as freedom, the interpretation of cases where the review is not appropriate must be restrictive. Therefore, it will be necessary to review the sentence in the interested form and its communication in this case to the penitentiary surveillance court that in its day issued the certificate for the fulfillment of the sentence in Romania, in order to inform the Court of execution this revision of the sentence, in order that it be taken into account, if possible, in the internal legislation of Romania as well as in the fulfillment of the sentences that are being extinguished there".

For its part, in the Provincial Court of León, after the holding of two recent trials, two condemnatory resolutions have been issued so far that apply the new norm.

One of them is the one that imposes nine years and one day in prison on an 18-year-old man for a continued crime of sexual assault on a minor under 16, specifically a 10-year-old girl with whom he had a relationship since The victim was the daughter of a cousin of the convicted person, whom in 2011 he periodically subjected to certain sexual practices, against her will, most of them in the house of her maternal grandmother in a town in the province.

As explained in the second legal basis of the resolution of the Leonese court, it turns out that "penologically, the new regulation of sexual crimes committed against minors under sixteen, operated by LO 10/2022 of September 6, is more beneficial for the person responsible, since within the punitive range of non-consensual carnal access, a penalty of shorter duration is foreseen in its minimum length and of equal duration in the maximum part, considering the Chamber that, for this reason, the new norm, compared to the one in force at the time of the facts, as it is more beneficial for the prisoner".

‹ ›
Keywords:
Segovia
Your comment has been forwarded to the administrator for approval.×
Warning! Will constitute a criminal offense, illegal, threatening, offensive, insulting and swearing, derogatory, defamatory, vulgar, pornographic, indecent, personality rights, damaging or similar nature in the nature of all kinds of financial content, legal, criminal and administrative responsibility for the content of the sender member / members are belong.
Related News