The TSJC opens a trial for Natàlia Garriga, Jové and Salvadó for alleged disobedience on October 1 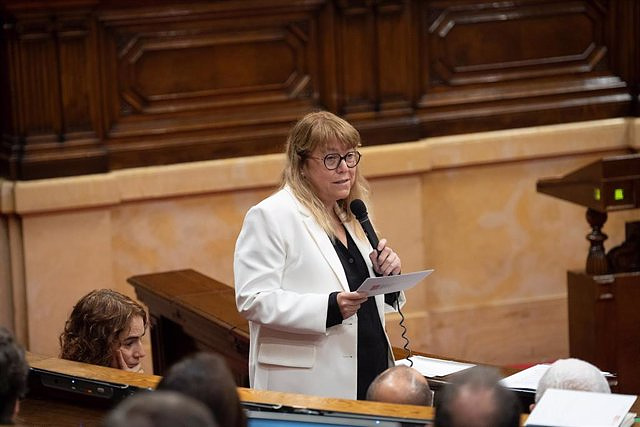 The Superior Court of Justice of Catalonia has ordered the opening of the trial against the Minister of Culture, Natàlia Garriga; the president of ERC in Parliament and ex-secretary general of the Vice-presidency and Economy of the Generalitat, Josep Maria Jové, and also deputy and ex-secretary of Hacienda, Lluís Salvadó, for alleged disobedience in the preparations for 1-O.

Specifically, Garriga is prosecuted for an alleged crime of serious disobedience, while Jové and Salvadó are also attributed the alleged crimes of prevarication and embezzlement, the TSJC has reported.

The Civil and Criminal Chamber of the TSJC has dictated the opening of the trial after finishing the investigation against them for allegedly participating in the preparations for 1-O, when Garriga was director of Services of the Vice Presidency and Economy and Finance.

‹ ›
Keywords:
AEATERCGeneralitat De Catalunya
Your comment has been forwarded to the administrator for approval.×
Warning! Will constitute a criminal offense, illegal, threatening, offensive, insulting and swearing, derogatory, defamatory, vulgar, pornographic, indecent, personality rights, damaging or similar nature in the nature of all kinds of financial content, legal, criminal and administrative responsibility for the content of the sender member / members are belong.
Related News