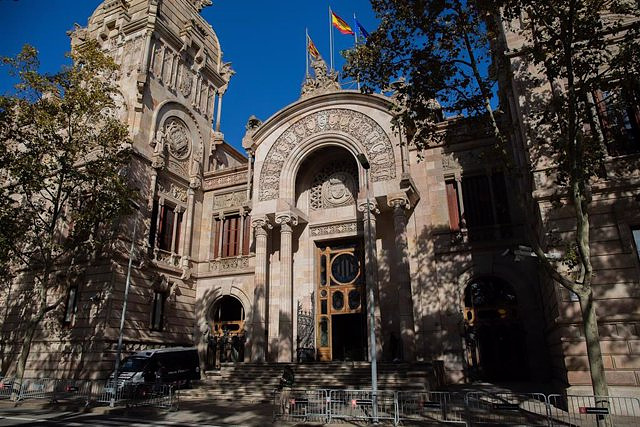 The Superior Court of Justice of Catalonia (TSJC) has confirmed the annulment of the agreement of the cloister of the Universitat Politècnica de Catalunya (UPC) of September 2021 against the bonds of the Court of Auditors in the case against charges from the Government for external expenses of the 'process'.

In a sentence consulted by Europa Press, the contentious chamber of the TSJC ratifies the sentence of the Contentious Court 13 of Barcelona, ​​which in March annulled this agreement of the cloister.

The first court handed down the sentence as a result of an appeal by a group of professors opposed to the agreement and considered that by adopting it it had broken "with the ideological or political neutrality that is expected of a University".

The first sentence now confirmed argued that the agreement violated ideological freedom because, as detailed by the judge, the manifestation of an option must include the possibility of objecting to it, so that a position taken by a university is contrary to Law if there is opposition.

It also considers that the agreement violates freedom of expression because "an opinion has been imposed on behalf of the majority" against the will of some of its members.

"A university cannot abandon the position of neutrality that is its own in this field to assume ideological and political positions on the part, disconnected, moreover, from the interests that it must serve," argues the sentence now confirmed by the TSJC.

The judgment also affirmed that the principle of ideological neutrality is applicable to universities as members of the public administration, and that there is "no frank or free space of the Law in which public powers can act", and has also ruled out applying the principle of university autonomy to a pronouncement of a political nature.

The group promoting the litigation, Universitaris per la Convivència, has assessed in a statement on Monday that the manifesto linked the entire university community and has described as unacceptable that the "universities try to establish a kind of official thought (clearly aligned with the political power ), thus violating the aforementioned rights in an action that is in no way covered by university autonomy".

‹ ›
Keywords:
Tribunal De Cuentas
Your comment has been forwarded to the administrator for approval.×
Warning! Will constitute a criminal offense, illegal, threatening, offensive, insulting and swearing, derogatory, defamatory, vulgar, pornographic, indecent, personality rights, damaging or similar nature in the nature of all kinds of financial content, legal, criminal and administrative responsibility for the content of the sender member / members are belong.
Related News