The TSJC acquits the Torrent Board of disobedience 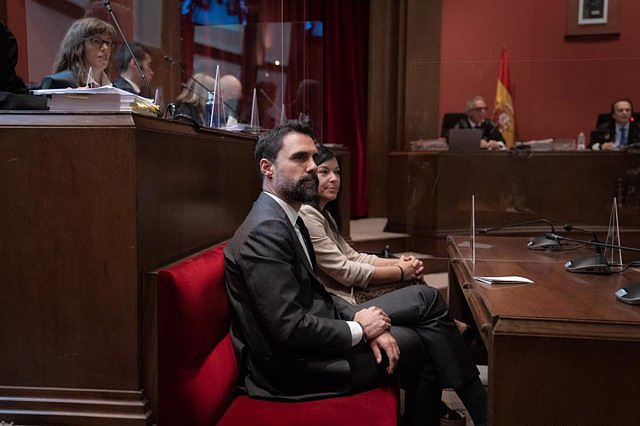 The Superior Court of Justice of Catalonia (TSJC) has acquitted of disobedience the members of the Parliamentary Committee chaired by the now Minister Roger Torrent.

The TSJC has explained in a statement this Wednesday that the Chamber has made the decision by majority and the sentence has a particular vote that it does consider that they disobeyed the Constitutional Court (TC).

Torrent and former members of the Bureau Josep Costa, Eusebi Campdepadrós and Adriana Delgado, were tried between October 5 and 7 for allegedly disobeying the Constitutional Court when processing parliamentary resolutions related to the independence process.

‹ ›
Keywords:
Parlament De CatalunyaTorrent
Your comment has been forwarded to the administrator for approval.×
Warning! Will constitute a criminal offense, illegal, threatening, offensive, insulting and swearing, derogatory, defamatory, vulgar, pornographic, indecent, personality rights, damaging or similar nature in the nature of all kinds of financial content, legal, criminal and administrative responsibility for the content of the sender member / members are belong.
Related News