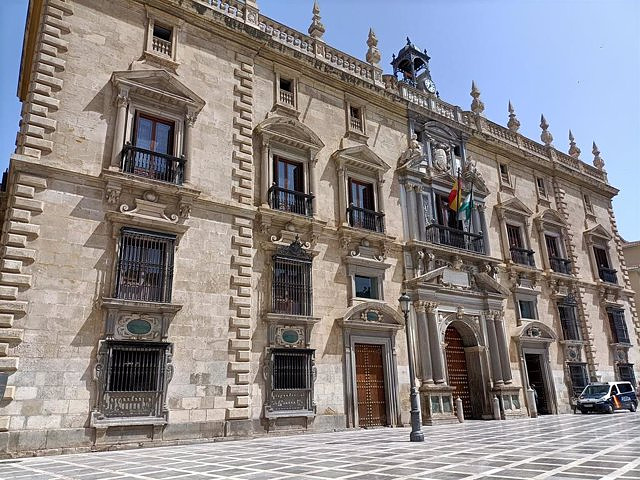 The Civil and Criminal Chamber of the Superior Court of Justice of Andalusia (TSJA) has dismissed the appeal filed against the ruling of the Provincial Court of Granada that sentenced a man to thirteen and a half years in prison for a crime of sexual assault committed against his ex-wife in a town in Granada and whose sentence has now been reduced to eleven years in prison.

Although the ruling of the Provincial Court is fully confirmed, the Civil and Criminal Chamber modifies the sentence to eleven years and one day in prison in "application of current regulations", thus applying the principle of retroactivity of the most favorable criminal law enshrined in Article 2.2 of the Penal Code

The Provincial Court of Granada sentenced at the time to 13 and a half years in prison this man who sexually assaulted his ex-wife in the house whose use they shared, although each on a different floor. The condemned man, using a knife, forced his former wife to have sexual relations.

Thus, the sentence, to which Europa Press has had access, recounts that in the face of the "serious climate of harassment" to which her ex-partner was subjecting her, "she was completely terrified and in order to avoid, above all, that she could be injured seriously for the use of the knife that the defendant wielded and that he tried to use against her, she was finally forced to comply with her husband's demand and went up with him to consummate his wishes in one of the rooms".

The Court sentenced the man as the perpetrator criminally responsible for a crime of sexual assault with a dangerous instrument, with the concurrence of the mixed circumstance of kinship, to the sentence of thirteen years, six months and one day in prison, as well as the prohibition of approaching in a radius of not less than 200 meters from the victim for a period of fourteen years, six months and one day.

The magistrates of the Civil and Criminal Chamber of the TSJA fully confirm the sentence but are forced to pronounce ex officio on the effect that the aforementioned Organic Law 10/2022, of September 6, on Comprehensive Guarantee may have in the present case of sexual freedom.

In this sense, they explain that, after the reform operated by Organic Law 10/2022, the facts prosecuted would constitute a crime of rape with the concurrence of two aggravating circumstances: being or having been the victim's wife or partner and the use of weapons or dangerous means potentially lethal or seriously injuring.

The assigned sentence is from seven to fifteen years in prison, but when two of its aggravated subtypes concur, this sentence must be imposed in its upper half, that is, from eleven years and one day to fifteen years.

"The penalty applicable to the facts prosecuted with the new regulations is the same in its maximum limit as that assigned in the previous one, but it is two and a half years less in the minimum," the sentence explains.

Having imposed the minimum sentence --in its upper half-- in the judgment of the Court (thirteen years and six months in prison), the Chamber is forced to reduce the prison sentence to eleven years, which would also be the penalty minimum in its upper half with the new law.