The instructor focuses on the "lack of suitability and usefulness" of the television producer's requests. 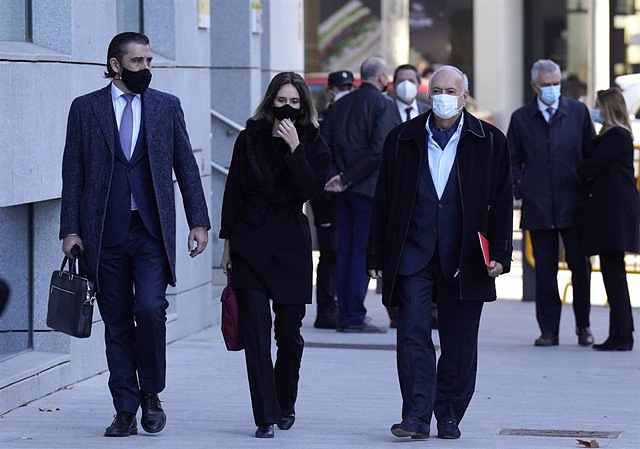 The judge of the National Court in charge of the investigation of 'Operation Titella' has denied the request of television producer José Luis Moreno, the main person investigated in the case, to maintain a confrontation with his alleged 'number two', Antonio Aguilera.

In an order from last Thursday, to which Europa Press has had access, the Central Investigating Court Number 2 rules out also calling Aguilera himself to court, reminding Moreno that this new appearance could only be carried out in case "as long as "The defendant consents.

Moreno requested this confrontation in September with the aim of "proving the absence of any crime" and given the "patent discrepancies between the statements" made by both investigated.

Specifically, the ventriloquist's defense argued that "the reason why he was called to this procedure and began to play" a "leading role in this criminal investigation is found in the false statements of Aguilera and his like-minded people."

Along these lines, Moreno criticized that Aguilera and her entourage had "intended to derive" "responsibility for her actions" on her person. "It is intended to persuade the court that Moreno would be the alleged head of a criminal organization," he added.

The judge explains that in the brief presented by the ventriloquist the specific reasons that lead to these proposals cannot be "guessed". For this reason, he argues that there is "a lack of suitability and usefulness" for the procedure, in line with the position maintained by the Public Ministry.

The inquiries into Titella began in 2018 and the operation hatched last June with the arrest of the ventriloquist and dozens of people in different cities for an alleged fraud perpetrated through a corporate network.

The investigators divide the alleged plot into two organizations: one led by Moreno, Antonio Aguilera and Antonio Salazar, dedicated since 2017 to "fraud and defrauding banks and private investors", "the counterfeiting of bank effects such as checks and promissory notes" and to "money laundering"; and another, headed by Carlos Brambilla, an alleged drug trafficker who would have used said structure to launder money.

According to the judicial report, Moreno and Aguilera would be the "most responsible" and Salazar, the third in action. Each one would have a function. The producer, "as a well-known public figure, would lend his name as a calling card" in order to easily get the financing they would pretend to need to get a film project off the ground. Therefore, he "was the main recipient of the funds obtained."

That money would then pass into the hands of Aguilera and Salazar. The two would have "extensive knowledge in banking and commercial operations", so they would be in charge of creating the companies, "make-up" them, appoint administrators and present them to the banking entities as the recipients of the necessary financing for said projects. In reality, they would lack any activity.

Through this network of "shell companies" managed by alleged front men, both organizations would move "large amounts of cash" to which they tried to get out with income that they passed off as benefits from their commercial work or with cash injections for which they would have the complicity of bank employees who would take their commission in exchange for introducing this money into the legal circuit.

‹ ›
Keywords:
Audiencia NacionalJosé Luis Moreno
Your comment has been forwarded to the administrator for approval.×
Warning! Will constitute a criminal offense, illegal, threatening, offensive, insulting and swearing, derogatory, defamatory, vulgar, pornographic, indecent, personality rights, damaging or similar nature in the nature of all kinds of financial content, legal, criminal and administrative responsibility for the content of the sender member / members are belong.
Related News