The Barcelona Court sentenced him to 2 years and 4 months in prison. 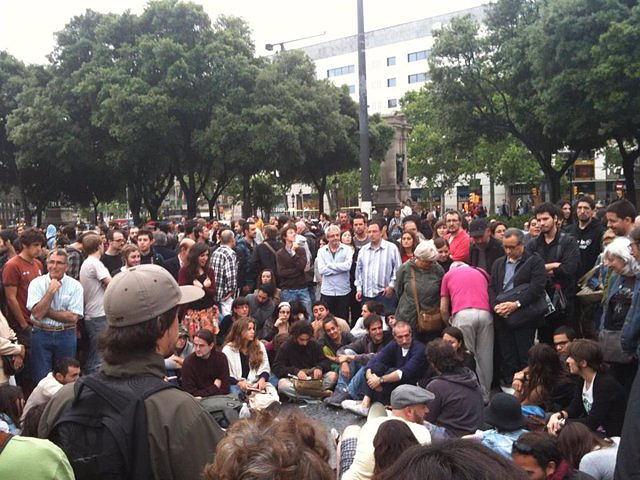 The Supreme Court (TS) has reduced the initial prison sentence of Mossos d'Esquadra inspector Jordi Arasa to a fine of 9,000 euros for injuries during the eviction of the encampment of the 15M indignados from Plaza Catalunya in Barcelona.

The sentence, consulted by Europa Press this Tuesday, responds to the resources of the Prosecutor's Office and Arasa's defense after the sentence of two years and four months in prison imposed by the Barcelona Court in June 2020.

As a result of the sentence imposed on him by the Barcelona Court, Arasa was removed from public order and became the head of the Technical Specialists in Deactivation of Explosive Devices (Tedax).

Arasa's defense also argued that the police officer had not acted with the intention of injuring the demonstrators but "in compliance with a duty entrusted to the attitude of disobedience and passive resistance that put public services at risk."

The complaint that started this case was filed in December 2011, with 53 complainants, and for all the time that the process has been stopped, also because of the death of the investigating judge, Arasa's sentence includes the mitigation of delays improper.

The Supreme Court approves the proven facts of the judgment of the Barcelona Court, which found that, during the operation of May 26, 2011 to evict Plaza Catalunya, Arasa was the sub-inspector responsible for the operation, together with members of the Brigade Mobile (Brimo) and the Barcelona Urban Guard.

The police had to ensure that the City Council's cleaning vehicles could access the square, for which the Mossos chief authorized the use of the necessary force, while the Urban Guard did not give that order, which the first sentence stated as " very revealing."

The magistrates of the Barcelona High Court rejected as a mitigating factor that Arasa was fulfilling his professional duty because in none of the reported situations was there violence on the part of the protesters, and consider that "there is no justification and there is no room for any error in the defendant since there was no asset to protect at that time", so in no case was he justified in using the baton.

Thus, they pointed out that the place was full of journalists' cameras, and that a large number of videos and photos have been provided as evidence in the case: "There is none in which, as regards the facts that concern us , someone is observed -- injured or people around them -- attacking an agent. Not one. Nor an act of violence, throwing objects at the agents, insults. There are none. "

"It is not that there was an excess for having hit D. on the head, violating the regulations on the use of defenses, but that there was no reason to justify that action", and as for the videos of police charges that were projected in the trial, in which Arasa refused to recognize himself on several occasions, the Barcelona Court assured that he has no doubt that it is he who appears using the baton against protesters.

‹ ›
Keywords:
CrímenesTribunal SupremoMossos DEsquadra
Your comment has been forwarded to the administrator for approval.×
Warning! Will constitute a criminal offense, illegal, threatening, offensive, insulting and swearing, derogatory, defamatory, vulgar, pornographic, indecent, personality rights, damaging or similar nature in the nature of all kinds of financial content, legal, criminal and administrative responsibility for the content of the sender member / members are belong.
Related News