The magistrates explain that the guilt does not lie in whether or not he practiced prostitution. 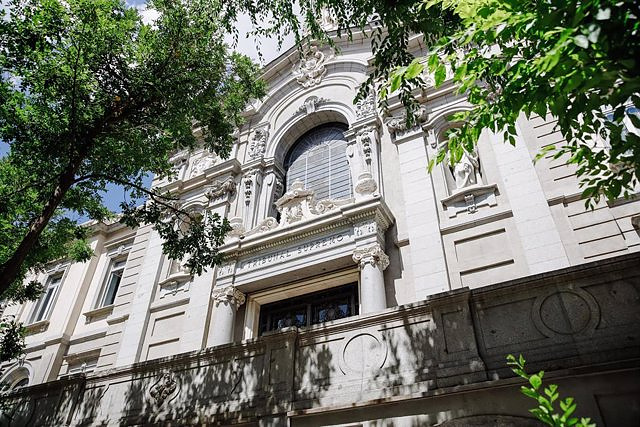 In a sentence, collected by Europa Press, the magistrates of the Criminal Chamber have confirmed the sentence handed down by the Provincial Court of Madrid against a woman who offered sexual services to her partner's daughter, a 15-year-old girl, in a web of advertisements for contacts and prostitution.

In this context, the magistrates have dismissed the appeal filed by the woman against the ruling that sentenced her to four years in prison as the author of a crime of prostitution and sexual exploitation and corruption of minors.

The court ruling considered it proven that the convicted woman published up to 14 ads in July 2017 on the defunct pasion.com page offering her sexual services under the alias 'Eva' and those of the minor. 'Luna was the nickname chosen for her couple's daughter and that at that time she was 15 years old.

For these services with a sexual content, and without the knowledge of her boyfriend, the convicted woman went to a house and verbally agreed to rent a room in said house with two men who had previously offered the space as a place for escort girls.

The convicted woman and the then minor remained in that house from July 28, 2017 to August 3, 2017. The tenants, according to the ruling, were unaware that the young woman was not over the age of majority, since her stepmother He assured them that he was 19 years old.

The sentence includes that, despite the intentions of the convicted, the minor did not come to practice prostitution. In addition, her father was acquitted when it was proven that everything was done without his knowledge of the facts.

In her appeal, the convicted woman claimed that it had not been proven that she had rented the room for the minor's prostitution. She would not have been proven, as she pointed out, what happened inside that room, nor that she was the one who publicized the disposition of the minor for the exercise of prostitution.

With everything, and beyond this, the magistrates of the Criminal Chamber make it clear that "the correct subsumption of the facts does not require that the minor has become a prostitute", according to the Supreme Court's own jurisprudence.

"We have said that 'it is a crime of mere activity, with a severed result and tendency, without the need for the result to actually occur'. And it is that 'determining prostitution does not require that the victim have had sexual relations for price; it is enough to have placed it in a position of having to do so in situations in which its need is clear'", the magistrates conclude.

In this context, the Supreme Court dismisses the grounds for appeal and points out that "the court of first instance has had direct prosecution evidence and a clearly incriminating sign", alluding to the statement of a co-defendant who was acquitted and who assured that the room that he rented was "destined for the exercise of prostitution".

Another of the defendants also made it clear, recalls the High Court, that the room they announced on the website was clearly intended for the exercise of prostitution.

‹ ›
Keywords:
ProstituciónTribunal Supremo
Your comment has been forwarded to the administrator for approval.×
Warning! Will constitute a criminal offense, illegal, threatening, offensive, insulting and swearing, derogatory, defamatory, vulgar, pornographic, indecent, personality rights, damaging or similar nature in the nature of all kinds of financial content, legal, criminal and administrative responsibility for the content of the sender member / members are belong.
Related News