The Supreme Court condemns Santander to compensate a company with 5.7 million for chained swaps 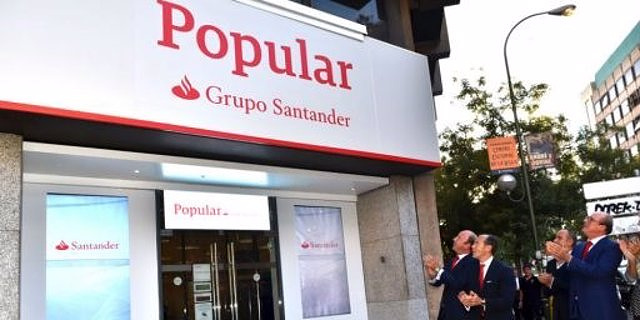 The Plenary of the Supreme Court has sentenced Banco Santander to pay 5.7 million euros plus interest to a company for chained swap contracts contracted with Banco Popular, considering that, at the time of offering the financial product, the bank did not supply plaintiffs the information necessary to understand what they were contracting and its risks.

From the office Zunzunegui Abogados, which has defended the case, has highlighted that it is one of the highest sentences of the Supreme Court for the practices of a financial institution and that, in addition, it establishes doctrine on chained swaps to the detriment of the client.

The Court of First Instance fully upheld the claim against Banco Popular in its ruling of March 28, 2018, declaring the nullity of the financial contracts and the due reciprocal restitution of benefits. The Provincial Court confirmed the ruling and Santander, as Popular's successor after its absorption, filed an appeal before the Supreme Court.

In its ruling of October 27, 2022, the Supreme Court has determined that the action for annulment of the contracts had expired at the time the lawsuit was filed, since the four years established in article 1301 of the Civil Code had elapsed, therefore that has proceeded to examine the subsidiary action brought for compensation of damages.

After examining the evidence, it has concluded that the bank did not provide the plaintiffs with the necessary information to understand what was contracted and its risks when offering the financial product, among which was the cost of cancellation.

The Supreme Court relies on what was stated by the bank's own staff, who acknowledged that no information had been provided to the client about the costs of canceling the swap, as stated in its ruling.

"The manifest breach of the information obligation by the bank and the lack of suitability of the client to understand the product that he was acquiring generated a loss derived from the negative liquidations of the swaps and the loss of value of the shares of Banco Popular, which must be compensated by the defendant, for which the subsidiary action for compensation must be estimated for breach of its obligations by the bank when offering the contracted product", the Supreme Court has ruled.

Thus, the High Court has partially estimated the subsidiary action for compensation of damages. For this concept, the bank must pay 5,719,417 euros, which is the difference between the value of the shares on the stock market on the day of their acquisition (4.10 euros) and the price paid for them by the plaintiff, by virtue of of the leveraged swap, which was much higher (11,248 euros), plus legal interest from the filing of the lawsuit.

‹ ›
Keywords:
Banco SantanderBanco PopularTribunal SupremoSector FinancieroEuropa Press Legal
Your comment has been forwarded to the administrator for approval.×
Warning! Will constitute a criminal offense, illegal, threatening, offensive, insulting and swearing, derogatory, defamatory, vulgar, pornographic, indecent, personality rights, damaging or similar nature in the nature of all kinds of financial content, legal, criminal and administrative responsibility for the content of the sender member / members are belong.
Related News