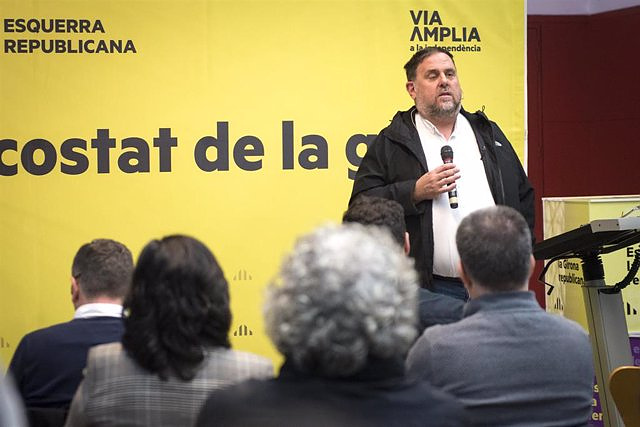 The State Advocacy has asked the Supreme Court to review the sentence of 13 years in prison and disqualification imposed on the former vice president of the Generalitat of Catalonia and ERC leader, Oriol Junqueras, and replace it with a sentence of 7 years of absolute disqualification after the reform of the Penal Code that repeals the crime of sedition and modifies that of embezzlement.

In a letter, to which Europa Press has had access, the legal services of the Administration have addressed the magistrates of the court who judged the cause of the 'procés' and who imposed a sentence of 13 years in prison and disqualification on Junqueras for the crime of sedition in media contest with embezzlement. The Supreme Court had given the defenses and the prosecution 8 days to rule on the impact of the penal reform on the sentences set in October 2019.

In 39 pages, the Legal Profession has considered it pertinent to reduce Junqueras' disqualification sentence to 7 years, "taking into account the penalties provided for in article 433 of the Penal Code ---with which the use of public assets for purposes other than that it was destined-- and 557.2 --relative to public disorder--" when appreciating "the medial competition between both crimes".

The court of the 'procés' must review the sentences imposed in 2019 to apply the most favorable Penal Code to the convicted, as established by the norm itself in its article 2. Although the Supreme Court has summoned the parties to rule, it will be the court -- presided over by magistrate Manuel Marchena -- who finally decides how the sentence remains.

‹ ›
Keywords:
ERCCrímenesTribunal SupremoOriol Junqueras
Your comment has been forwarded to the administrator for approval.×
Warning! Will constitute a criminal offense, illegal, threatening, offensive, insulting and swearing, derogatory, defamatory, vulgar, pornographic, indecent, personality rights, damaging or similar nature in the nature of all kinds of financial content, legal, criminal and administrative responsibility for the content of the sender member / members are belong.
Related News