They explain that the ship should not have gone out to work and that it faced 7-meter waves, heavy downpours and poor visibility. 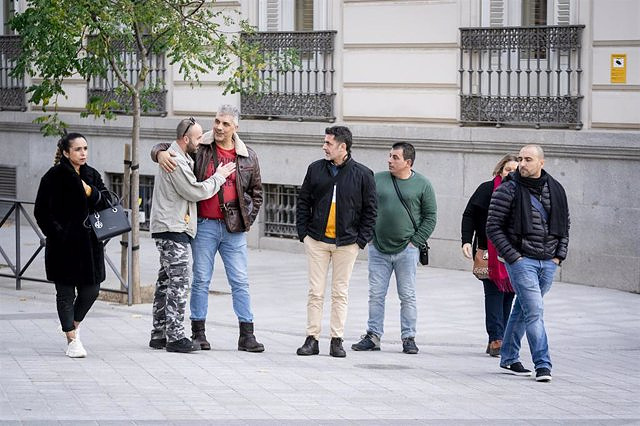 They explain that the ship should not have gone out to work and that it faced 7-meter waves, heavy downpours and poor visibility

The 13 sailors of the Playa de Menduiña Dos, the ship that rescued the survivors and part of the deceased from the shipwreck of the Galician fishing vessel 'Villa de Pitanxo', have assured in their statement before the judge of the National Court Ismael Moreno that the skipper of the ship, Juan Padín, changed his initial version of the accident.

The lawyer on behalf of the families of those who died in the shipwreck, Manuel Lampón, explained in statements to the press that some of the witnesses have indicated before the magistrate that they heard how the skipper himself and his nephew, Eduardo Rial, threatened the sailor Samuel Kwesi to offer a manipulated version of events.

"(The witnesses) have said that they warned Samuel and told him to be careful with what he said and spoke. In a previous meeting they would have given indications of what they had to say," explained the lawyer, who has given details about the declaration of the sailors before the head of the Central Court of Instruction Number 2.

The 13 sailors, about half of the crew of Playa Menduiña Dos at the time of the rescue, have gone to the National Court at the request of the relatives of the deceased, where they have ratified their statements before the Civil Guard.

According to the witnesses, the skipper assured in the first instance that the boat had become muddy, that it later heeled over and that, in that maneuver, the water began to leak through the stern causing the engine to stop. Shortly after, Kwesi added a detail omitted by Padín: that the cables were never lowered, which would have led to the shipwreck.

This version of the events that led to the sinking of the fishing vessel is what Padín would have offered to the crew members who rescued them in waters near the Island of Newfoundland (Canada). Legal sources explain that Padín himself would have changed the story shortly after, while still on the rescue ship.

The crew members of the Playa de Menduiña Dos, who were 4 or 5 hours away from the Pitanxo sinking site, about 40 miles, explained to the judge that when they arrived the weather conditions were not particularly adverse.

However, some of the witnesses have detailed that the conditions a few hours before, when the shipwreck occurred, were bad enough that the Pitanxo had not been able to work. Specifically, the ship had to face heavy downpours and waves of between 6 or 7 meters, to which was added a very reduced visibility and a very heavy sea, according to the data offered by the sailors.

When they arrived, the crew members of the rescue boat were only able to get Padín, Rial and Kwesi out of the water alive. As they have pointed out, the only ones wearing survival suits were the first two and a cook who died in the water.

One of the sailors who was in charge of recovering the bodies of the deceased has reported that the rest of the crew wore street or waterproof clothing, emphasizing that many died of hypothermia.

Moreno has already taken a statement from the skipper of the fishing boat, Juan Padín, as the defendant, and his nephew Eduardo Rial and the sailor Samuel Kwesi as witnesses as they were the only survivors of the shipwreck.

The judicial investigations are due to the fact that Kwesi has offered a version that contradicts the one exposed by Rial and Padín and that would point to possible negligence on the part of the latter that would have triggered the tragedy.

The Galician fishing vessel 'Villa de Pitanxo' sank on February 15, 450 kilometers from Newfoundland in an accident in which 21 of the 24 workers on board lost their lives.