The Chamber supports the popular jury and maintains that "no one can infer" that the beatings led to "a high probability of death. 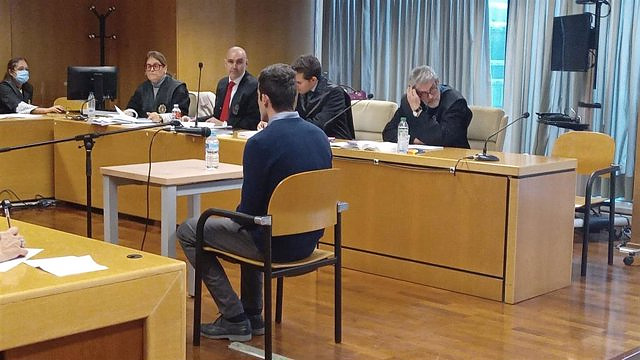 The Chamber supports the popular jury and maintains that "no one can infer" that the beatings led to "a high probability of death."

The Provincial Court of Madrid has sentenced Alberto J. to three and a half years in prison for the murder of Iván Vaquero, the resident of Velilla de San Antonio who died in November 2020 from a fatal beating for some graffiti he made on the portal from the offender's home.

In a sentence, to which Europa Press had access, the magistrates penalize the defendant as the perpetrator responsible for a crime of intentional injury in an ideal competition with a homicide due to serious negligence, without extenuating circumstances.

He was also ordered to compensate Iván's mother for moral damages in the amount of 100,000 euros, and the victim's brother 40,000 euros.

In accordance with the verdict of the popular jury, he is acquitted of the crimes of intentional homicide, which the prosecutor requested, and murder, which the family claimed.

In their verdict, the members of the jury attended the qualification of the defense attorney, who defended that his client never imagined that with a kick and two punches he could kill a person.

The Chamber supports the qualification of the jury, since "given that some blows made with the hands (fists), and specifically two, and the defendant lacking a physiognomy or physical complexion, objectively superior to that of the victim, also male, no one can infer that they lead to death with a high probability, without prejudice to concluding that it is an activity tinged with recklessness, serious due to the intensity of the blows".

"I apologize for everything that happened. It never crossed my mind to go through this situation," the defendant said through tears in his turn to have the last word. He did it behind the backs of their families, who attended the sessions held at the Provincial Court of Madrid on a daily basis.

The beating that led to Iván's death began after the murderer recriminated some graffiti he had made on his doorway against his partner's ex-husband, with whom he had broken up days before.

The prosecutor requested a sentence of 12 years in prison for a crime of intentional homicide. The private prosecution raised the petition for murder to 25 years in prison, alleging the lawyer José Luis Vegas that the victim could not defend himself from the blows he received from Alberto J., an extreme that the witnesses corroborated.

The defense attorney requested a conviction for reckless homicide, with the extenuating circumstance of repairing the damage. The lawyer maintains that Alberto never imagined that with a kick and two punches he could cause the death of someone, influencing his death a surge in blood pressure that caused a hemorrhage that affected a cerebral arteriovenous malformation.