Anti-corruption also requests prison sentences for the partner of the retired commissioner and for three police commanders. 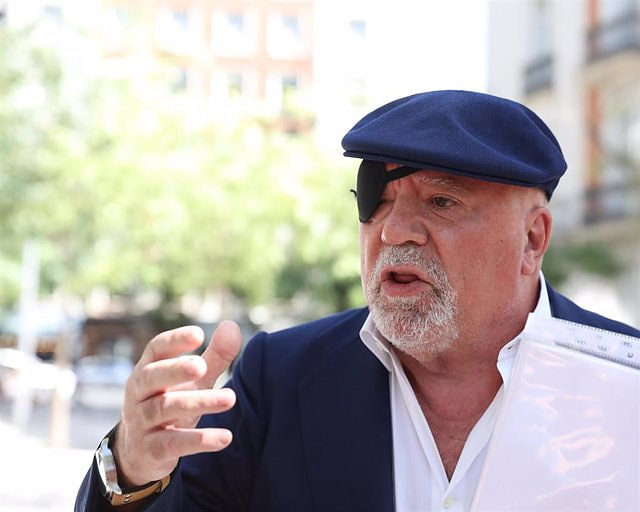 The Anti-Corruption Prosecutor's Office has requested that the retired commissioner José Manuel Villarejo be sentenced to nine years in prison for the investigation carried out on the Marbella businessman Felipe Gómez Zotano at the request of Marzena Katarzina, who sought to draw up a legal strategy that would allow him to recover money that he claimed to the businessman for a real estate dispute.

The Prosecutor's Office requests the highest sentences -9 years in prison_for Villarejo and García Castaño for crimes of passive bribery and discovery and disclosure of secrets. Anticorruption proposes that Riaño be forgiven 8 years in prison and requests 4 years and 9 months respectively for Redondo and Bonilla.

Despite the fact that the investigating judge agreed to prosecute David Macías, the Public Ministry points out that "beyond his intervention as a lawyer in the proceedings against Zotano" at the request of Zotano himself "there is no record that he was the recipient of any of the confidential data with which the defendants became relative" to the businessman.

According to the tax report, on July 24, 2015, Villarejo Pérez took office as the real owner of CENYT -his business group-, and specifically through the company Stuart

"Such conflicts had their origin in the lease with purchase option that both had entered into on a house located in the town of Benhavís (Málaga) owned by Zotano and had given rise to the presentation by Katarzina of a complaint processed in the Courts of Marbella, which ended up being dismissed, as well as various civil procedures to claim the amount," says Anticorruption.

In the execution of the aforementioned order -both in the exercise of legal actions and in the investigation on Zotano_ "he also intervened, on behalf of the Cenyt Group and in his capacity as lawyer of the Stuart law firm

In the case of Enrique García Castaño, the Prosecutor's Office argues that "he took advantage of his privileged position in the police structure to make available to the criminal organization, directly or through his subordinates and in exchange for cash and other gifts in kind that received from Villarejo, his ability to obtain information for the National Police".

Thus, and in compliance with the order carried out by Katarzina, Villarejo, "with the essential intervention of the other defendants, carried out an investigation into Zotano that culminated in a so-called report dated September 7, 2015, which was presented at the Court of Marbella that knew about the lawsuit that had been filed against Zotano". In the course of this investigation, adds Anticorruption, the defendants came to access confidential data of the businessman himself.

"In effect, on August 18, 2015, García Castaño and Riaño, both acting by mutual agreement and in collusion with the other defendants, making use of the position they held in the UCAO, took over -through their subordinates- with Zotano's activity report, which included all the public deeds that he had granted before all the Spanish notaries and that he was working in the Centralized Prevention Body of the General Council of Notaries", continues the indictment.

"In addition, and also through their subordinates in the UCAO, García Castaño and Riaño consulted, on the same day, August 18, 2015, the data that Zotano contained in the ADDNIFIL police database, through which it is managed. the National Identity Document", adds the fiscal account.

Anticorruption explains that "there is no record that Katarzina made any payment to any of the defendants; nor to the Stuart law firm

‹ ›
Keywords:
MarbellaCorrupciónComisario Villarejo
Your comment has been forwarded to the administrator for approval.×
Warning! Will constitute a criminal offense, illegal, threatening, offensive, insulting and swearing, derogatory, defamatory, vulgar, pornographic, indecent, personality rights, damaging or similar nature in the nature of all kinds of financial content, legal, criminal and administrative responsibility for the content of the sender member / members are belong.
Related News