Ditch that "there is no record" that "they knew about the delivery of money" from Fitonovo to the other accused member of the IU who has recognized the facts. 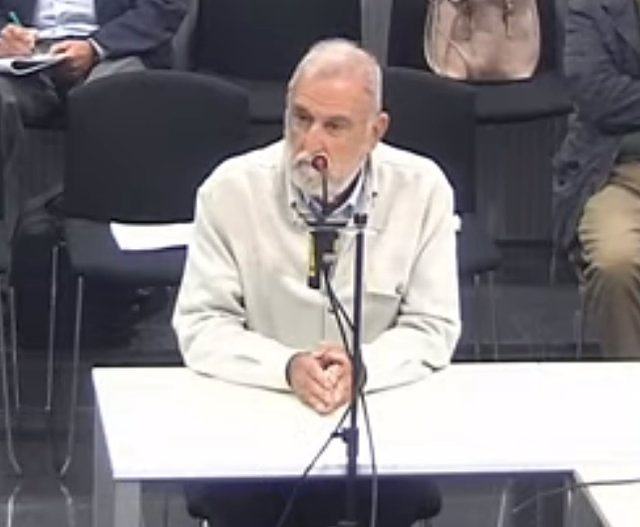 Within the framework of the trial held by the National Court for the illegal commissions that would have mediated in the contracts awarded by the Seville City Council to the Fitonovo company, the Prosecutor's Office has withdrawn its accusation against the former IU municipal spokespersons Antonio Rodrigo Torrijos and José Manuel García , the first of them also former deputy mayor and the second former councilor for Youth and Sports and mayor responsible for the Casco Antiguo district.

In a letter submitted to the Fourth Section of the Criminal Chamber of the National Court, collected by Europa Press, the Prosecutor's Office modifies its initial indictment regarding this piece of the Fitonovo macro-cause, in whose order to open the oral trial It appears that the former deputy mayor of the Seville City Council Antonio Rodrigo Torrijos, José Manuel García as municipal spokesman for IU and mayor of Sports and the former municipal adviser for said party Antonio Miguel Ruiz Carmona "received 155,000 euros from Fitonovo for IU in exchange for the awards that the first two procured for them, significantly in relation to the files relating to eleven soccer fields".

After Antonio Miguel Ruiz Carmona acknowledged the alleged facts at trial, thanks to an agreement with the Prosecutor's Office, which, given the case, lowered the request for a sentence for him to only six months in jail and fines lower than the initial ones; Rodrigo Torrijos gave a statement as a defendant exposing that "none" of the municipal delegations under his command had "signed or awarded" any contract with Fitonovo.

In addition, he pointed out that "in no case" is he aware that Fitonovo delivered two items of 70,000 and 85,000 euros to finance the IU electoral campaign and that he does not remember "having dispatched" with Antonio Miguel Ruiz Carmona.

In this sense, the Prosecutor's Office indicates in the aforementioned document dated November 29 that "there is no record" that Torrijos and José Manuel García "knew of the delivery of money made by those responsible for Fitonovo" to the defendant Antonio Miguel Ruiz Carmona, who of his side has acknowledged the facts attributed; "for the IU training" to which they all belonged, "nor that they participate or consent to these payments as compensation for their intervention in the activities for which they were responsible in the Seville City Council."

"The files related to the award to Fitonovo for the installation of artificial turf in football fields in Seville were not awarded by the Municipal Sports Institute (framed in the García government area), but by a procedure processed by the board of contracting, awarded by the governing board of the City Council and signed by the general director of Finance, Patrimony and Contracting" of the Consistory, adds the new document of the Public Ministry.

Thus, the Prosecutor's Office declares that "the accusation is withdrawn" in relation to the defendants José Manuel García and Antonio Rodrigo Torrijos, to whom it initially attributed an alleged continued crime of prevarication plus another continued crime of bribery.

As for the former councilor of the PP and former director general of the Environment of the Consistory Joaquín Peña, who during the trial denied that he treated a company whose commercial was a "friend" of his, also a member of the PP, as a "favourite", assuring that he paid "until the last euro" of a car that he bought and that according to the initial investigation would have been partially paid for by the Fitonovo company; The Prosecutor's Office modifies his accusation in the sense of attributing to him a single alleged continuous crime of influence peddling, thereby withdrawing the five continuous crimes of active bribery that he was initially accused of.

According to the Prosecutor's Office, Peña paid for the aforementioned vehicle "with his own funds" and there is no record that he received commissions or gifts from Fitonovo or that he "made efforts" in favor of said company "despite the pressure and requests of the representatives of Albaba S.L., in which a friend of his worked as a salesperson, according to what he himself said.

The Prosecutor's Office does maintain its initial "story" regarding Peña in relation to four contracts awarded to Albaba S.L., claiming for him 20 months in prison, a fine of 150 percent of the amount of the contracts and five years of special disqualification.

In the order to open the oral trial, let us remember, the Central Court of Instruction number five of the National Court attributed the condition of participants for profit to the PSOE and the IU, for allegedly benefiting from 159,839.36 and 155,000 euros, respectively, since Both political formations, with the maneuvers of the defendants, "got different companies to assume the payment of the cost of goods and services from which they benefited (PSOE) or directly received different amounts (both organizations)", according to the court.

In this sense, in this new letter, the Prosecutor's Office asks to "condemn the PSOE as participants for profit" for the amount paid for the reform works of the headquarters of the socialist group of La Macarena that Fitonovo paid, amounting to 9.9998 euros "; and to IU at 155,000 euros.

Let us remember that in this context in which, according to the investigating court, the PSOE would have benefited from money from the scheme of illegal commissions and gifts promoted by Fitonovo, as well as from goods and services provided by different companies related to said entity, at the beginning of the trial , in the phase of preliminary questions, the prosecutor of the case announced a series of agreements reached with the representations of several defendants, among them the former socialist municipal adviser Domingo Enrique Castaño and the exedil of the PSOE Manuel Gómez Lobo.

These defendants appeared to acknowledge the facts included in the compliance agreement reached with the prosecutor, bribery and influence peddling, according to each case; assuming their "responsibility" and accepting lower sentence requests.

Of particular interest was the appearance of Manuel Gómez Lobo, who acknowledged that together with Domingo Enrique Castaño he received a consignment of 30,000 euros from Fitonovo, money that "entered" the PSOE coffers because both delivered it to him, as he said, assuring then, on the other hand, they did not deliver any amount. "I am 80 years old. That was 19 years ago, I cannot remember everything," he shrugged, since the PSOE has denied that such statements are true.

‹ ›
Keywords:
IUAudiencia Nacional
Your comment has been forwarded to the administrator for approval.×
Warning! Will constitute a criminal offense, illegal, threatening, offensive, insulting and swearing, derogatory, defamatory, vulgar, pornographic, indecent, personality rights, damaging or similar nature in the nature of all kinds of financial content, legal, criminal and administrative responsibility for the content of the sender member / members are belong.
Related News