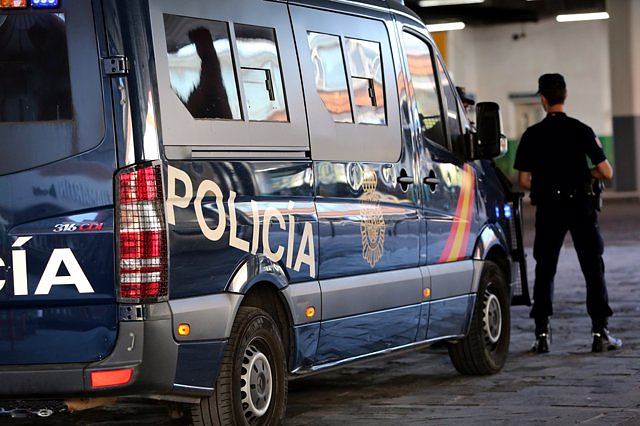 The Provincial Court of Madrid has determined that the six agents of the National Police who broke into a flat on Calle Lagasca in March 2021 with a battering ram to break up an illegal party be tried only for a crime of trespassing and not for another. Of Damage.

This is stated in a resolution, to which Europa Press had access, in which the magistrates dismissed the previous questions raised by two of the policemen, to whose request the State Attorney adheres.

However, the Chamber states that the accusation formulated for the crimes of damages of article 263 of the Penal Code and against the inviolability of the home, in a crime case, of article 534 of the same is excluded from the prosecution by this court.

The Section alleges that it is "obvious" that the crime of damages must be understood to be absorbed by the crime of trespassing in article 202 of the Penal Code, in relation to article 204 of the same, regardless of the civil liability that may arise from the damages caused.

"In effect, there is no evidence that those investigated had the will to cause material damage to the door, since their only intention was, without a doubt, to be able to access the interior of the house, so, consequently, the damage caused would only be that fall within the scope of civil liability if convicted for the other crime," the resolution states.

Last June, the examining magistrate agreed to formally charge the agents for trial by a jury for the alleged commission of a crime of trespassing.

The events that are the subject of the procedure occurred in the early morning of March 21, 2021 when residents of number 18 Calle Lagasca in the capital alerted the police to the noise that came from the 2.C floor of the building, where a party was being held despite of the restrictions of that time due to the pandemic.

The agents rang the doorbell requesting the identification of the people who were inside, but they refused. Finally, they agreed with a battering ram without a warrant and arrested the occupants.

The criminal process began after the investigator admitted the complaint filed by the resident of the house, defended by the criminal law firm Ospina Abogados, for a crime of trespassing and damages.

After the investigation, the judge issued an order in which he stated that the opening of an oral trial for a crime of trespassing under article 202 and 204 of the Criminal Code was appropriate, alluding to jurisprudence established in various sentences of the Provincial Court of Madrid.

The magistrate argued that the facts that are the subject of the criminal case are "practically incontrovertible", given that in the face of the allegations that it was a tourist apartment, he insists that in the investigation it has been determined that it was the tenant's home, where " carried out his daily life and therefore it was a residence for the purposes of article 202 of the Penal Code".

In relation to the argument of the agents that they agreed without a court order to the alleged commission of a flagrant crime, it indicated that their appreciation corresponded to the sentencing court of the Provincial Court of Madrid.

Facing the trial, the State Attorney's Office requests the acquittal of the six agents, since it considers that the police action does not constitute an "infraction" or "criminal responsibility", as the Madrid Prosecutor's Office considers, and requests that it be applied to the agents fully exempt her for acting in the performance of a duty.

In the event that the facts are considered to constitute a crime, he asks in a subsidiary way that his intervention be classified as an error of the type that can be overcome under article 14.1 of the Penal Code. This error is one that, given the personal and personal circumstances of the author, could not be overcome in any way.

The lawyer Juango Ospina, from the Ospina Abogados firm and who represents the private prosecution on behalf of the tenant, requests four years in prison and six years of absolute disqualification for the alleged commission of a crime of trespassing and damage.

‹ ›
Keywords:
Policía
Your comment has been forwarded to the administrator for approval.×
Warning! Will constitute a criminal offense, illegal, threatening, offensive, insulting and swearing, derogatory, defamatory, vulgar, pornographic, indecent, personality rights, damaging or similar nature in the nature of all kinds of financial content, legal, criminal and administrative responsibility for the content of the sender member / members are belong.
Related News