The court delays the start of the oral hearing due to the lack of rooms. 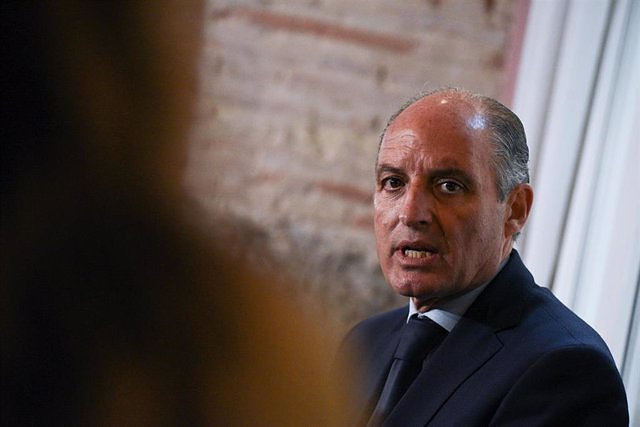 The National Court has postponed from January 17 to the 23 of that same month the trial of former Valencian president Francisco Camps for the alleged irregularities in the award to Orange Market, one of the companies in the 'Gürtel' plot, of the contract for the Valencian exhibitor at the Fitur 2009 edition. The Anti-Corruption Prosecutor's Office requests that Camps be sentenced to two and a half years in prison.

Legal sources have explained to Europa Press that the court has made this decision due to the lack of courtrooms. The calendar initially set by the Second Section of the Criminal Chamber indicated that the trial would take place between January 17 and May 23, 2023.

The then head of the Central Investigating Court Number 5, José de la Mata, opened an oral trial for this matter in September 2019, sitting Camps on the bench, considering that there is "an arsenal of very consistent evidence, each of them sufficiently accredited, which allows us to affirm that the then President of the Generalitat participated in directing the Fitur 2009 contract in favor of Orange Market".

According to the court report, the leader of the 'Gürtel', Francisco Correa; his 'number two', Pablo Crespo; the manager of Orange Market, Álvaro Pérez Alonso, alias 'El Bigotes'; and the manager of said company, Cándido Herrero, "arranged with Camps so that the latter, as the highest regional authority, arranged what was necessary so that the contract for the assembly of the 'Large Projects stand' of Fitur was directly awarded to Orange Market".

The Anti-Corruption Prosecutor's Office accuses Camps of prevarication and fraud seeking a sentence of two and a half years in prison, while the popular accusation exercised by the PSOE raises its request to 9 years by adding influence peddling to these crimes, in addition to 15 years of absolute disqualification and 16 years of special disqualification for employment or public office.

‹ ›
Keywords:
Audiencia NacionalCaso GürtelFiturCorrupciónOrange
Your comment has been forwarded to the administrator for approval.×
Warning! Will constitute a criminal offense, illegal, threatening, offensive, insulting and swearing, derogatory, defamatory, vulgar, pornographic, indecent, personality rights, damaging or similar nature in the nature of all kinds of financial content, legal, criminal and administrative responsibility for the content of the sender member / members are belong.
Related News