The Prosecutor's Office asks them for two years in prison. 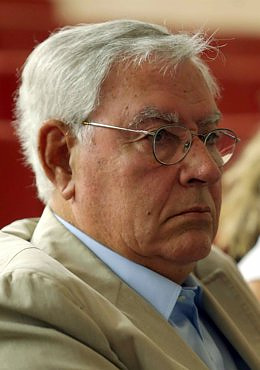 The Prosecutor's Office asks them for two years in prison

They said it this Wednesday during their statement in the Investigating Court 12 of Barcelona in the Ciutat de la Justicia; She also had to testify his daughter, Gemma Montull, but she has not gone to court "due to a summons error."

Montull, who is serving seven and a half years in prison for the 'Palau case' and who is sentenced to return the 23.8 million euros looted together with the former president of the cultural entity, Fèlix Millet, has been taken from prison to appear before the judge.

In July, the cultural institution denounced in the courts that the Montull family was concealing from the Palau de la Música and the Audiencia de Barcelona the income they receive from the three properties seized by the courts - two in El Masnou (Barcelona) and one in Teià (Barcelona)--.

He has only responded to one question, and has claimed that he did not remember if his daughter was one of the tenants of one of the properties, while his wife has denied that the family carried out "maneuvers to avoid payment of compensation".

The Montull family has ensured that both the Court of Barcelona and the Palau de la Música "knew of the existence of the rentals", and have alleged that they were signed before the sentence was final.

Judicial sources have explained to journalists that in the contracts, which have been rendered null and void, there was a clause stating that the tenants had preference for the purchase of the property.

The Prosecutor's Office has requested two years in prison and a fine of 9,720 euros for Montull and his wife for allegedly not having disclosed to the justice the income they received from rentals.

In the indictment, to which Europa Press has had access, the prosecutor requests that, in the event that the facts were considered a crime of frustration of execution, that they be sentenced to 6 months in prison.

The Prosecutor's Office assures that both "did not inform or make available to Section 10 of the Barcelona Court the collection of the economic amounts, which the two defendants received monthly, 50% of which corresponded to each of them, as they were declared when making the declaration corresponding to personal income tax".

In this document, the Prosecutor's Office assures that, "having full knowledge of the economic amounts to which they were sentenced that they had to pay as soon as possible, and with the evident intention of not paying them," they decided to rent the houses.

‹ ›
Keywords:
Palau De La MúsicaJordi Montull
Your comment has been forwarded to the administrator for approval.×
Warning! Will constitute a criminal offense, illegal, threatening, offensive, insulting and swearing, derogatory, defamatory, vulgar, pornographic, indecent, personality rights, damaging or similar nature in the nature of all kinds of financial content, legal, criminal and administrative responsibility for the content of the sender member / members are belong.
Related News