He has refused to respond to the Prosecutor's Office and maintains that after the dissolution he only returned to Spain on vacation. 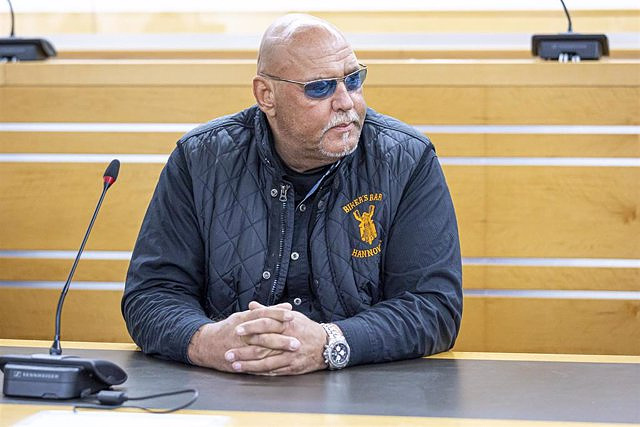 The considered leader of the Hell's Angels in Mallorca, Frank Hanebuth, pointed out this Tuesday during the trial held at the National Court, and to questions from his defense, that the 'chapter' of this biker club was only in force in the Balearic Islands from 2009 to 2011, and has asserted that after those dates he only went there on vacation.

In this way, the main defendant, who the Prosecutor's Office is asking for 13 years for the crimes of criminal organization, illegal possession of weapons, money laundering and threats, tried to dismantle what was reflected in the indictment of the Public Ministry, in the which specifies that there was a second phase in the Balearic Islands from the end of 2012 until it was dismantled in 2013.

Hanebuth, like most of the other defendants who have testified this Tuesday, has refused to answer the questions of the Prosecutor's Office, and they have testified on very specific aspects of the investigation. He has denied having business with the rest of those investigated, has indicated that he pays taxes in Germany, that he has security and gastronomy companies, and that he has no properties in Spain.

In addition to the supposed leader of the organization, who has read from the palm of his hand some dates about which he has been asked by his lawyer, the one who, in the opinion of the prosecutors, is one of the inspirers of the 'Hell Angels' has declared ', Paul Engelke.

In a statement by videoconference and while smoking a cigarette, he explained that he has never belonged to a biker association, that he did not have business with Hannebuth and that he lived in the 'Son Paraiso' house -- where part of the organization lived in Majorca-- but paying rent.

It so happens that several of the questions to the defendants have revolved around that place, in fact, Hanebuth has also confirmed that he stayed in one of the 'Son Paraiso' apartments and that they had different keys for each home.

According to the prosecutor's brief, Engelke owns 30 percent of the farm and the other owner is Frank Hanebuth, with 70 percent. And he maintains that the funds used for its acquisition were derived from the criminal activities of the Hells Angels.

Another of the main defendants, Abedlgani Yousaffi - whom the Prosecutor's Office places together with his brother as one of the lieutenants who would have facilitated Hanebuth's landing in Mallorca - has also denied having participated in a criminal organization, has denied having threatened or coerced anyone and, in general, he has said that he had not committed any of the acts recounted by the prosecutor in his brief.

During the morning of this Tuesday, the plenary has aired the previous questions raised by the defenses and by the Public Prosecutor. Thus, it has accepted a new witness proposed by Anticorruption, an agent of the UDEF, against the criteria of the rest of the parties.

In addition, it has rejected the claims of several of the defenses that had stated that the investigation had been prospective, that the telephone interventions were not sufficiently justified and that the right to defense of some of them had been violated because they were accused of crimes that did not were on record at the time of arrest.

Likewise, the defenses argued that it was not possible to speak of a crime of criminal organization because in fact they were legally constituted as an association. Given this, the president of the Court, Teresa Palacios, has responded that being an association "is not a letter of marque" in order not to be a criminal organization and that in fact knowing that point is the "nuclear" part of the case.

On the other hand, this Tuesday a new agreement was reached with one of the defendants, which would add up to the number 35 of those who reach a sentence agreement. Specifically, Frank Werner Winkler has accepted a year in prison for belonging to a criminal organization, a sentence that according to a first calculation made at the hearing would be settled more than enough given that he spent a year and a half in pretrial detention after his arrest.

It should be remembered that the Anti-Corruption Prosecutor's Office presented its indictment in January 2019 against 47 natural persons and three other legal entities for 16 charges that resulted in a combined balance of 298 and a half years in prison. This figure has been considerably reduced with the reductions caused by compliance.

The indictment issued at the time by investigating judge Eloy Velasco placed Frank Hanebuth at the head of the organization, until then leader of the group in Hannover and considered one of the main leaders of the 'Hells Angels' in Europe.

However, Hanebuth would have had the help of Khalil Yousafi and his brother Abdelghani, two lieutenants who would have facilitated his landing in Mallorca along with another "group of minions".

According to the court report, "the defendants are a group of people settled on the island of Mallorca who were part of an international criminal organization that revolves around a world motorcycle club known as 'Hells Angels Motors Club' (HAMC)".

HAMC, founded in 1948 in the United States, would function by "chapters", apparent "autonomous groups" that "in reality are circumscribed within a solid hierarchical structure" that exercises "internal control in a coercive or violent manner."

"The members of the HAMC are involved in serious crimes", which in this case have resulted in accusations of criminal organization, money laundering, drug trafficking, illegal detention, illegal possession of weapons, prostitution, threats, coercion, extortion, documentary falsification, concealment, omission of the duty to prosecute crimes, violation of secrets and bribery.

‹ ›
Keywords:
MallorcaAudiencia Nacional
Your comment has been forwarded to the administrator for approval.×
Warning! Will constitute a criminal offense, illegal, threatening, offensive, insulting and swearing, derogatory, defamatory, vulgar, pornographic, indecent, personality rights, damaging or similar nature in the nature of all kinds of financial content, legal, criminal and administrative responsibility for the content of the sender member / members are belong.
Related News