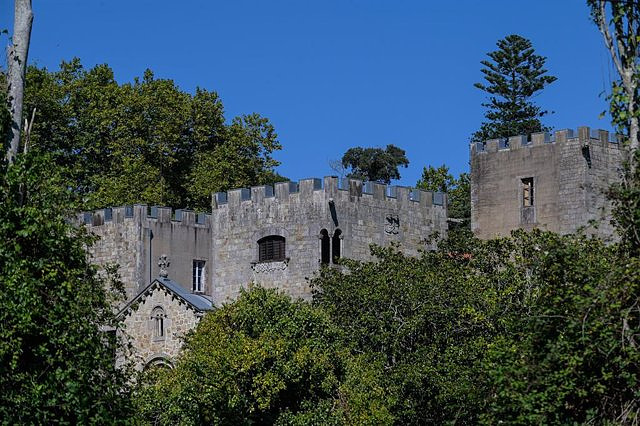 The Court of First Instance Number 70 of Madrid will hear tomorrow, Friday, the allegations of the State Attorney and the family of the dictator Francisco Franco on the lawsuit filed by the legal services of the Administration -and to which the Xunta de Galicia joined- - to claim public ownership of 564 movable assets located in the Pazo de Meirás, in Sada (A Coruña).

According to an order, to which Europa Press has had access, Judge Roberto Fernández has summoned the lawyers of the Franco family, the representative of the State Attorney's Office and the representatives of the Concello de Sada and the Xunta to appear set for 10:30 a.m.

The parties are expected to rule on the precautionary measure claimed by the State Attorney, in which it requested the judge to agree on the permanence of the assets within the Pazo de Meirás, and in the Administration's deposit, until it is resolved "to who owns the property."

The Lawyers consider that this measure is "essential" to "guarantee the conservation and protection of all these assets, as well as the integrity of the historical and artistic interests linked to these assets due to the place where they are located."

Tomorrow's session will take place after the magistrate suspended the hearing scheduled for October 21 as a result of a plea for jurisdiction filed by the Francos in which they argued that the State Attorney's claim was not the jurisdiction of a judge of the civil, but of one of the contentious-administrative.

The head of the court processed the Franco's brief and transferred it to the Lawyer's Office to issue its report on the matter. The legal services of the State showed their opposition to the request of the lawyers of the dictator's family that another judge be the one to study the lawsuit that he presented to claim public ownership of 564 movable assets that are located in the Pazo de Meirás, according to what they indicated. at the time sources close to the procedure consulted by Europa Press.

Finally, the magistrate has set for this Friday, November 25, the hearing to hear the allegations of the Lawyers and the Francos on the precautionary measures claimed by the State in the lawsuit filed on September 21.

The Administration claims ownership of a total of 564 movable assets or documents and files that are grouped into three categories: National Heritage assets; of the Spanish Documentary Heritage; and property that is in the public domain due to its impact on the use of Pazo de Meirás as the official residence of the Head of State.

The legal services of the State filed the lawsuit after the Francos requested the Court of First Instance number 1 of A Coruña to withdraw all the assets deposited in the property that were not claimed by the State at the time.

This month, the Xunta de Galicia announced that it would join the lawsuit filed regarding the consideration of assets in the public domain and public patrimony, both objects from the period of Emilia Pardo Bazán (transmitted in 1938) and those installed by Francisco Franco when he was head of state during the dictatorship.

In the brief presented before the Madrid court, the Galician Administration exposed its "legitimate interest" to participate in this lawsuit, as it already does in the procedure that is open on the ownership of the property.

‹ ›
Keywords:
Xunta De Galicia
Your comment has been forwarded to the administrator for approval.×
Warning! Will constitute a criminal offense, illegal, threatening, offensive, insulting and swearing, derogatory, defamatory, vulgar, pornographic, indecent, personality rights, damaging or similar nature in the nature of all kinds of financial content, legal, criminal and administrative responsibility for the content of the sender member / members are belong.
Related News