He orders the first steps after receiving the approval of Congress to proceed against the PP deputy. 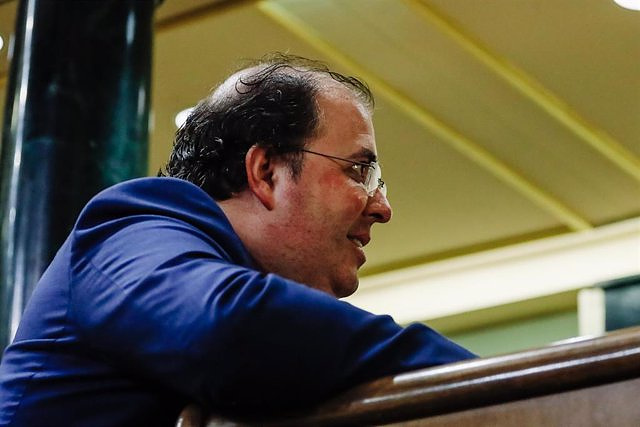 The magistrate of the Supreme Court (TS) Andrés Palomo has summoned as witnesses for December 12 and 13 former workers of the City Council of Trujillo (Cáceres), including councilors and auditors, as part of the investigations into the former mayor of the PP Alberto Casero for alleged crimes of prevarication and embezzlement as a result of certain agreements and service contracts that he made when he was mayor of said municipality in 2017 and 2018.

In a ruling, to which Europa Press has had access, the instructor appoints Álvaro Casas, former secretary of the Trujillo City Council, for December 12 from 10 a.m.; Jesús Hernández, former interim comptroller; and Rafael Rebollo, former Councilor for Youth and Education.

A day later, the magistrate will take a statement from Soledad Corrales, former councilor for Social Services; José Antonio Ramos, former comptroller; and José Luis Bermejo, a municipal official who was then secretary of the Gender Violence Commission.

In addition, Palomo has asked the director general of the Civil Guard to appoint the agents he considers most appropriate to investigate "the hiring and effective services that Pablo Bonilla Díaz, in his capacity as psychologist, developed for the Trujillo City Council, during the year 2017". "Who hired him, what office did he occupy, what did his services consist of, with which officials or councilors was he related, if he mediated billing and to whom did he present it," he details.

It also requires the Civil Guard to investigate Isidoro Campos González's relationship with Radio Interior and Ícaro Communication Consultants, as well as with Casero himself.

Likewise, the instructor orders an official letter to the Trujillo City Council so that it "reports on the composition of the FEREX Fair Institution and the contributions committed and disbursed by its members in the 2017 and 2018 annuities."

The TS has taken this step after Congress authorized on October 6 to proceed criminally against Casero. In a reasoned exposition, Palomo detailed indications that the then mayor agreed with different people and entities, service contracts, sponsorship or agreements, "failing to comply with all types of formality required for this purpose by the applicable regulations in each case."

The Supreme Court has been investigating the PP deputy since last March, when the Court of First Instance and Instruction of Trujillo raised another reasoned statement in which the facts attributed to Casero were described as an alleged continued crime of administrative prevarication. The Prosecutor's Office, for its part, understood that there were also indications of an alleged crime of embezzlement.

Casero asked the Supreme Court to file the procedure against him, considering that there are no indications that allow him to be attributed prevarication or embezzlement in the agreements and service contracts he made when he was mayor.

Since the investigations against him began, the PP leader has defended that, although there may have been administrative problems in the agreements and contracts being investigated, there has been no prevarication on his part.

Judge Palomo, however, considers that Casero's conduct "not only involves repeated and admitted administrative irregularities", but a "mode of proceeding" that identifies "his voluntarism regardless of any interpretation with a loophole in the rationality of the legal system" .

Thus, he underlined the "prohibited verbal contracts or without any processing or publicity in the cases that the amount required" and the "avoidance of control mechanisms" by the former mayor. And he influenced the "direct assumption of payments" for the integrity of the services provided to an entity in which the municipality was only a part, something that fits with the crime of prevarication. In addition, the magistrate assured that the facts investigated could also constitute the crime of embezzlement.

Within the framework of the procedure, several contracts that are under suspicion are investigated. According to the documentary and testimonial evidence in the case, in March 2017 Casero --in his capacity as mayor-- hired a psychologist to provide services to the consistory in matters of gender violence. "He did not inform or provide the City Council with the signed contract, nor was the contracting file instructed, nor did he obtain a report from the contracting authority on the need for the service, nor was the expense approved," said the judge.

It also appears that in September 2017, the then mayor of the PP signed a contract with the president of the Peruvian Chamber of Commerce in Spain committing the City Council to pay 25,000 euros, without informing the economic and legal services of the City Council, without that the agreement was previously approved and without submitting it to public information or being published in the BOE.

That same year, Casero would have verbally agreed to contribute 18,000 euros to an event organized by the Bon Vivant Cultural Association, without following any procedure and without informing the City Council services.

In June 2018, he signed a sponsorship contract with the same association, committing himself to a contribution of 18,000 euros, also assuming other costs, without following any contracting procedure.

There are also two other facts. A contract in 2018 with the company Icaro Consultores en Comunicación, SLU, for the organization of an event for an amount of 14,303 euros plus VAT, without informing the competent services and without following the appropriate procedure. And another contract, from that same year, with Radio Interior SL --a contract for communication services and promotion of the Trujillo Cheese Fair-- for an amount greater than 15,000 euros, resorting to the procedure of the minor contract when, due to the amount, should be tendered in an open procedure.

‹ ›
Keywords:
PPTribunal SupremoCorrupción
Your comment has been forwarded to the administrator for approval.×
Warning! Will constitute a criminal offense, illegal, threatening, offensive, insulting and swearing, derogatory, defamatory, vulgar, pornographic, indecent, personality rights, damaging or similar nature in the nature of all kinds of financial content, legal, criminal and administrative responsibility for the content of the sender member / members are belong.
Related News