We can file a brief and ask the judge to clarify what the criteria was for choosing the consultants. 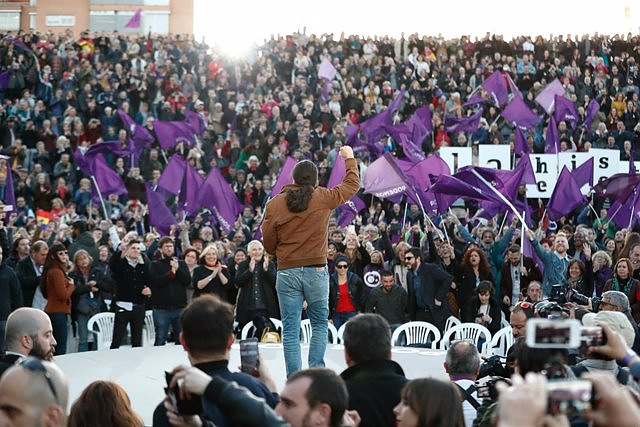 The judge of the so-called 'Neurona case' has asked six electoral consultants if they accept to prepare the report that he commissioned almost a year ago to determine if the 363,000 euros that Podemos paid to the consultant that gives the cause its name correspond to the work carried out in the framework of the campaign for the general elections of April 2019.

In a car, to which Europa Press has had access, the magistrate Juan José Escalonilla has notified the parties present in the procedure that he has become aware of the existence of the consultants "Aleix Sanmartín", "MKE", "Ideogram", "Expertos - Minsait", "Political Marketing AV consultancy", and "Work Areas in the Florez Morris electoral consultancy", which --as he has said-- "could be qualified to carry out the agreed expert report."

In the same resolution, the head of the Investigating Court Number 42 of Madrid has ordered that said entities be free of office "so that they communicate if they accept the position for the preparation of said report."

The judge has adopted this decision after last October he rejected that the experts that Podemos linked to Vox made the expert report. These experts offered their services to the court on September 7, but later recognized that they had no experience in electoral campaigns.

On that occasion, the defense of Podemos requested that the offer be dismissed and that, in addition, it be investigated whether Vox - which exercises the popular accusation in the case - has tried to "influence" the procedure through the two experts . The formation indicated to the judge that they had become aware of "relevant facts" that, in their opinion, "would explain the reason for the offer made by IP Experts Judicial SL". As he defended, "far from being a spontaneous act", it could "be orchestrated from the aforementioned popular accusation, given its links with the Vox political party."

Now, after the names of these six electoral consultants were made known, Podemos has presented a new brief - to which Europa Press has had access - in which it asks the judge to clarify if he has asked these consultants if they can make the report or if he has ordered them to do said expert.

In addition, the 'purple' formation has asked "if said knowledge has been had directly by the same magistrate or through other judicial assistance." He has also asked for clarification "if these consultants are included in any official list of experts" and "what has been the search criteria".

The party has argued that one of the consultants has no headquarters or subsidiary in Spanish territory and that another, except for error or omission, is a blog of a natural person who claims to be a member of two Colombian associations.

The situation takes place every time that Judge Escalonilla has spent months looking for a team of experts to take on the report he claimed. Last April, given the refusal of the previously appointed expert, the judge addressed a letter to the Interprofessional Union of the Community of Madrid and the Association of Professional Associations of the Community of Madrid so that they indicate to the Court an "expert trained to prepare the report".

This report is the only diligence that remains pending in the investigation, aside from the report on which the Central Cybercrime Unit is already working on the emails of the co-founder of Podemos charged in this case, Juan Carlos Monedero.

Last July, the magistrate rejected a new extension of the term, considering that there were no more steps to take. This decision was appealed due to popular accusations and is pending a response from the Madrid Provincial Court.

If the judge's decision not to extend the investigations is confirmed, it is expected that once both reports are submitted to the procedure, the head of the Court will decide whether to file or, in view of new evidence contained in said reports, resume the investigation.

The expert report in question must assess all the services provided by the workers hired by Neurona Consulting: the 48 videos made after strategic segmentation work, the 48 graphic designs made by Waldemar Aguado Butanda and the five images made by Vicente León Camú Astudillo , as well as the coverage of seven electoral events.