The director of the Judicial School, elected vice president of the International Organization for Judicial Training

This international organization is made up of experts from 80 countries, and Jorge Jiménez will hold the position until 2026. 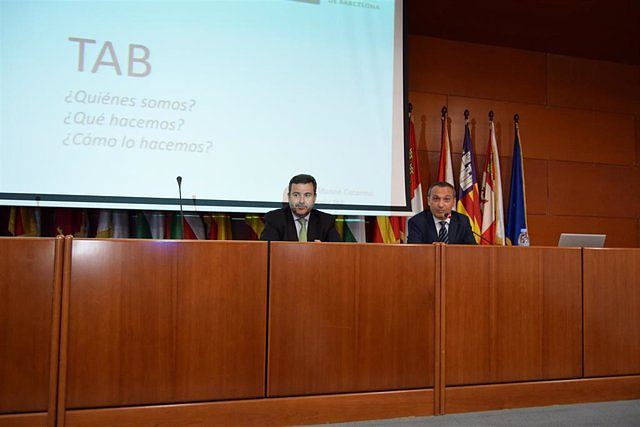 This international organization is made up of experts from 80 countries, and Jorge Jiménez will hold the position until 2026

The director of the Judicial School of the General Council of the Judiciary (CGPJ), Jorge Jiménez Martín, has been unanimously elected as vice president of the International Organization for Judicial Training (IOJT) for the period 2022-2026 during the assembly of this body held in Ottawa (Canada).

In a statement from the CGPJ, collected by Europa Press, they explain that the IOJT was created in 2002 and that its objectives are to promote the creation of judicial training schools, the promotion of the Rule of Law, reflection on common aspects in terms of to the formation of the Judicial Career and the development of mechanisms for the exchange of judges between countries.

They point out that this election "represents an important recognition" of the work that the Judicial School has been doing, being a benchmark for its peers for its work, the development of new projects and the implementation of new methodologies and training areas.

From the CGPJ they explain that the IOJT is governed by a General Assembly of its members that meets every 2-3 years during the International Conference. There is an Executive Committee and a Board of Governors made up of the Secretary General, Vice Secretary and Vice Presidents, with members from Africa, Asia, Australia, Europe, the Middle East and the United States.

The IOJT is made up of 130 member institutes --35 of them European--, from 80 countries. It is the first time that this responsibility has been assumed by Spain.

Jiménez, who entered the Judicial Career in 2001, had his first appointment in the Courts of Alcalá la Real (Jaén) and rose as a magistrate to the Courts of Marbella (Málaga), later passing through the Criminal Courts of Almería and the Juvenile Courts of Huelva and Barcelona.

He is a specialist in juvenile justice since 2007, has taught at the University of Almería and has extensive experience in international judicial training. Before assuming the direction of the Judicial School in 2018, he was, from September 2011 to December 2014, ordinary professor of the area of ​​instruction and, from January 2015 to June 2018, director of the Selection and Initial Training Service.

‹ ›
Keywords:
CanadaCGPJ
Your comment has been forwarded to the administrator for approval.×
Warning! Will constitute a criminal offense, illegal, threatening, offensive, insulting and swearing, derogatory, defamatory, vulgar, pornographic, indecent, personality rights, damaging or similar nature in the nature of all kinds of financial content, legal, criminal and administrative responsibility for the content of the sender member / members are belong.
Related News