It corrects itself and annuls the previous decision in which it endorsed the Principality's request. 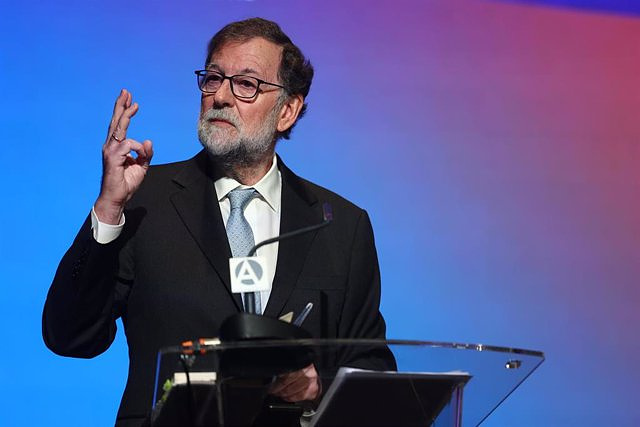 The Provincial Court of Madrid has agreed with the former president of the Government Mariano Rajoy and has paralyzed the rogatory letter that Andorra issued as a result of the complaint about 'Operation Catalonia' in which he appears as investigated. Thus, it has corrected itself and has annulled the previous decision in which it endorsed the Principality's request.

In an order, to which Europa Press has had access, the magistrates of the Second Section have upheld Rajoy's complaint appeal and have ordered that he be taken as a person in the rogatory commission of the Principality that is being processed by the Investigating Court Number 32 of Madrid.

In line, the Provincial Court has considered it pertinent that said court admit the appeal for reform that the former leader of the PP had presented in which he requested the non-processing of the rogatory commission.

Previously, the same Section had ruled in the opposite direction, considering that Rajoy's claim had lost grounds on starting from the factual assumption that the letter rogatory had already been returned to Andorra, something that when the previous resolution was signed - on 5 October--had not been done.

On that occasion, the magistrates explained that although they believed that the court should have admitted Rajoy's writing, they could not uphold his appeal because they believed that the judge had already sent the answer to the Principality. Now, the Court of Madrid - in defense of the effective judicial protection - has declared the annulment of its first order.

It should be remembered that the Justice of the Principality is investigating Rajoy and former ministers Jorge Fernández Díaz and Cristóbal Montoro for alleged crimes of coercion, threats, blackmail, extortion, coercion of constitutional bodies and the creation of a false document for their alleged relationship with the attempts to know " through illegal channels" secret banking information of the former presidents of the Generalitat Jordi Pujol and Artur Mas, as well as the former vice president Oriol Junqueras.

Specifically, the facts denounced in the complaints are related to alleged extortion, coercion and blackmail since 2014 by agents of the National Police against those responsible for Banca Privada d'Andorra (BPA) to obtain bank information "through illegal means". secret protected by Andorran legislation" of various rulers of Catalonia and their relatives, including Pujol, Mas and Junqueras.

The defenses of Rajoy, Fernández Díaz and Montoro argued that their rights were violated because the Madrid Examining Court 32, when processing the aforementioned rogatory, did not carry out the "prior control of legality in accordance with national and conventional legislation in matters of international cooperation.

‹ ›
Keywords:
RajoyAndorra
Your comment has been forwarded to the administrator for approval.×
Warning! Will constitute a criminal offense, illegal, threatening, offensive, insulting and swearing, derogatory, defamatory, vulgar, pornographic, indecent, personality rights, damaging or similar nature in the nature of all kinds of financial content, legal, criminal and administrative responsibility for the content of the sender member / members are belong.
Related News