The chamber applies the recent decision of the TS on the 'Arandina case' and agrees on his "immediate release". 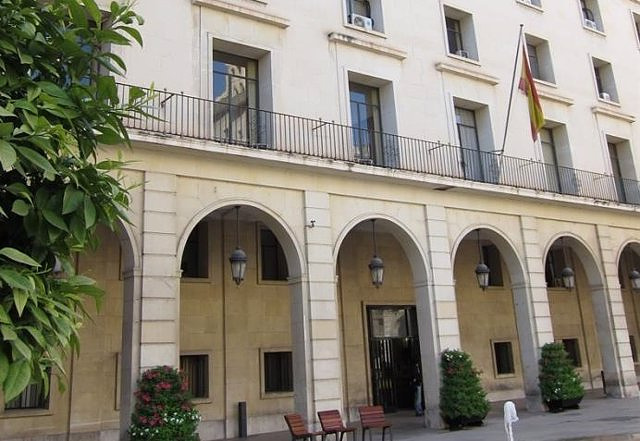 The First Section of the Provincial Court of Alicante has issued an order this Thursday that reduces the sentence imposed on a man convicted of a crime of sexual assault constituting rape by two years and has agreed to his immediate release. This is the first resolution adopted in the Valencian Community in application of Law 10/2022 on the comprehensive guarantee of sexual freedom, known as the 'only yes is yes' Law.

In this case, the court sentenced the defendant to six years in prison in a sentence dated December 2, 2010, in which it expressly stated that it imposed the "minimum sentence" provided by the legislator for that crime. Now he applies, as it is more favorable to him, the minimum sentence contemplated in the Penal Code for the same crime after the reform operated by the 'only yes is yes' law, and leaves it at four years, which he has already served.

As reported by the Superior Court of Justice, the magistrates specify that convicts "always have the right to have the most beneficial rule applied to them, even if it is after the time their sentences are handed down", so that in the case of the case "The sentence imposed in the sentence for the crime provided for in articles 178 and 179 of the Penal Code and the reduction of the sentence imposed for that crime proceeds."

The Court invokes in the legal grounds of the order the recent judgment of the Supreme Court, dated November 29, 2022, in the framework of the so-called 'Arandina case'.

The Court declared it proven that the man, who ran a call shop and a butcher shop in towns in the Marina Alta region of Alicante, charged Moroccans money to facilitate their entry into Spain with false documentation between 2005 and 2006.

According to the sentence, the convicted man, who had installed one of these immigrants in his home and had employed her in his phone shop, took advantage of one of the frequent trips by vehicle that both made to get off the road, park in a deserted and isolated area and rape the victim.

The prisoner began serving the sentence imposed in the sentence on February 23, 2012, so it should be extinguished within a year, specifically on October 17, 2024.

Now, by reducing his sentence for the crime of rape by two years, the Chamber has agreed to his immediate release. The order, which will be notified to the Prosecutor's Office, the prisoner, his procedural representation and the injured party herself, can be appealed in cassation before the Supreme Court.