12 new groups of judicial parties are also created to deal with issues of violence against women. 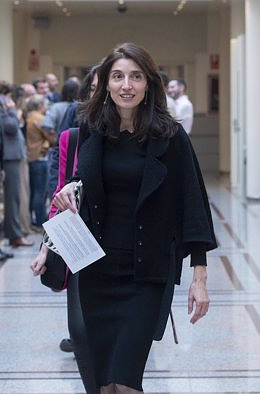 The Council of Ministers held this Tuesday has approved, at the proposal of the Ministry of Justice, the royal decree for the creation of 70 new judicial units with the aim of "facing, attending to and resolving the existing workload in the Administration of Justice throughout the territory national".

In a press release, collected by Europa Press, the Minister of Justice, Pilar Llop, has indicated that this increase in the judicial staff complies with the agreement adopted by the Permanent Commission of the General Council of the Judiciary (CGPJ) at its meeting of 5 May 2022.

According to Llop, this measure "is a sign of the commitment" of the Executive "with the public service of Justice and an advance to continue promoting the transformation that the sector is undergoing" in Spain.

From the Ministry they have indicated that with the approval of the royal decree, a total of 12 new groups of judicial parties are being created to deal with matters of violence against women in the Canary Islands, Castilla-La Mancha, the Valencian Community and Estremadura.

‹ ›
Keywords:
Consejo De MinistrosMinisterio De Justicia
Your comment has been forwarded to the administrator for approval.×
Warning! Will constitute a criminal offense, illegal, threatening, offensive, insulting and swearing, derogatory, defamatory, vulgar, pornographic, indecent, personality rights, damaging or similar nature in the nature of all kinds of financial content, legal, criminal and administrative responsibility for the content of the sender member / members are belong.
Related News