It pronounces itself, among other issues of the 'procés', on the decision of the Supreme Court to endorse the arrest warrants. 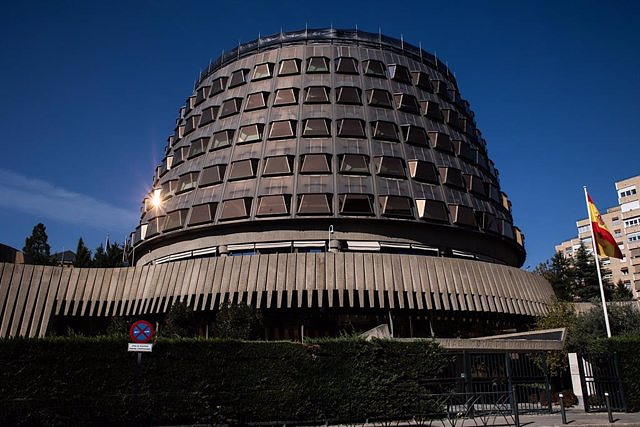 It pronounces itself, among other issues of the 'procés', on the decision of the Supreme Court to endorse the arrest warrants

The Constitutional Court will decide this week whether or not to admit for processing the appeal presented by the Vox deputies against various articles of the energy saving decree-law that the Pedro Sánchez government approved on August 1.

As reported by the guarantee body, the Plenary will resolve the admissibility of the matter raised by those of Santiago Abascal against part of Royal Decree-Law 14/2022, on economic sustainability measures in the field of transport, in terms of scholarships and aid for study, as well as saving measures, energy efficiency and reduction of energy dependence on natural gas.

From the court they have advanced since the magistrate Inmaculada Montalbán will be responsible for drafting the paper that will debate the Constitutional Plenary this Tuesday.

The parliamentary spokesman for Vox, Iván Espinosa de los Monteros, assured last summer that they were appealing the decree law based on the legal argument of the "interference in the freedom" of the Spaniards and the "exorbitant" fines.

The deputy criticized that the text could impose fines of "up to 100 million euros" and that it imposed measures to be installed in businesses that involve a mandatory payment, such as the installation of an automatic door closing system.

Espinosa has indicated that in the same way that the confinement during the pandemic was considered unconstitutional, "today they want to subject Spain to an energy confinement." "One more nail in the coffin of the self-employed" which, according to his opinion, has been the fault of the "climate fanaticism" of the Government.

For its part, it is expected that the Plenary will resolve by ruling an appeal for amparo filed by the former Catalan president Carles Puidgdemont against some resolutions of the Fourth Section of the Contentious-Administrative Chamber of the Supreme Court. According to the guarantee body, magistrate Ramón Sáez will write the presentation.

The magistrates will also rule on the amparo appeals of Puigdemont and other pro-independence leaders against the Supreme Court resolutions that endorsed the decision of the investigating judge of the 'procés', Pablo Llarena, to maintain the internal and international arrest warrants. The presentation, the TC has specified, is in charge of the magistrate María Luisa Balaguer.

On the sidelines, the Second Chamber of the Constitutional Court will have among its matters for first deliberation an appeal for amparo from the deputies of the Ciutadans Parliamentary Group in Parliament against the agreements of the Board of the Chamber of Catalonia of March 25 and 26, 2021. The magistrate Concepción Espejel will be the speaker.

‹ ›
Keywords:
Pedro SánchezEficiencia EnergéticaTribunal ConstitucionalVOX
Your comment has been forwarded to the administrator for approval.×
Warning! Will constitute a criminal offense, illegal, threatening, offensive, insulting and swearing, derogatory, defamatory, vulgar, pornographic, indecent, personality rights, damaging or similar nature in the nature of all kinds of financial content, legal, criminal and administrative responsibility for the content of the sender member / members are belong.
Related News