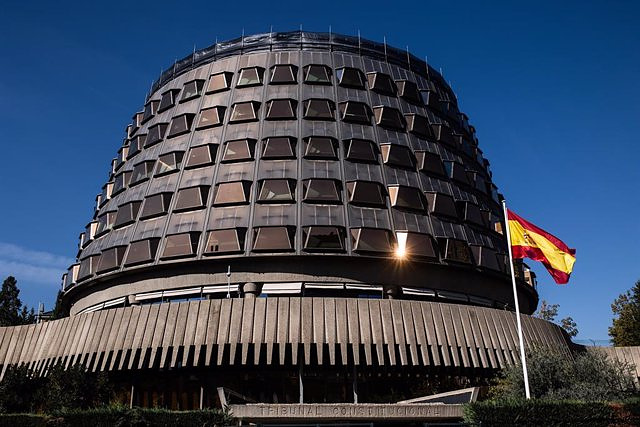 The Constitutional Court has admitted the amparo appeals filed against the Supreme Court ruling that ordered the demolition of the "Isla de Valdecañas", the urban complex in the municipalities of El Gordo and Berrocalejo, in Cáceres.

As reported by the guarantee body, this Wednesday the Plenary has admitted the appeals raised by the Junta de Extremadura, the communities of owners of the complex and the municipalities of El Gordo and Berrocalejo. The three have alleged a violation of the right to effective judicial protection and the right to a process with all the guarantees.

The decision of the Plenary to admit the appeals for processing will have the particular vote of the magistrates Juan Antonio Xiol Ríos, Ricardo Enríquez Sancho, María Luisa Balaguer Callejón, Ramón Sáez Valcárcel and Inmaculada Montalbán Huertas, as specified by the court.

The Plenary has appreciated that the issues raised in these amparo appeals have special constitutional significance. On the one hand, it has considered that they can give the court an opportunity to clarify or change its doctrine as a result of a process of internal reflection. And on the other, they have considered that the matter transcends the specific case because it raises a legal question of relevant and general social or economic repercussion.

The complex was the subject of two judgments of the Superior Court of Justice of Extremadura in 2011, in which the decision approving the project adopted by the Junta de Extremadura was annulled and the restoration of the land was ordered to the situation prior to the approval of said construction project, a decision that was upheld by the Supreme Court three years later.

In 2021, once the procedure was opened, the Extremadura court declared the impossibility of executing the sentences on their own terms and agreed to their partial material execution, which implied the demolition of everything that is in the structure phase or is not finished and in operation, as well as the conservation of the hotel, homes, golf course and facilities that are currently built and in operation.

This year, the Supreme Court upheld an appeal presented, considering that there were no causes justifying the impossibility of executing the sentences on their own terms regarding the demolition of what was built and in operation as well.

It is against this Supreme Court ruling that the three amparo appeals were filed that the Constitutional Court admitted for processing this Wednesday.