The appointment of Campo y Díez complicates the contacts in the Council to name their two candidates for the TC. 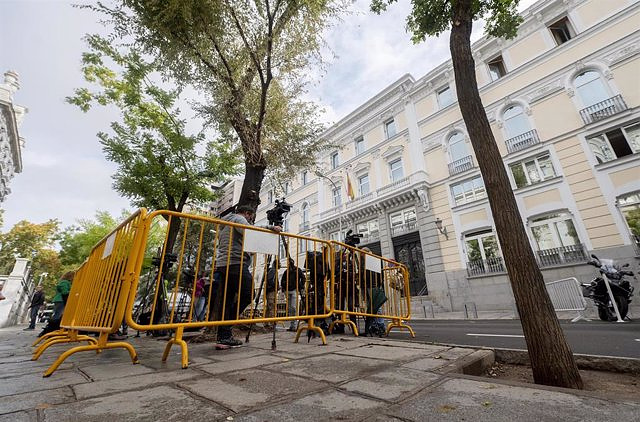 Negotiators from the conservative sector of the General Council of the Judiciary (CGPJ) have asked their progressive counterparts for more time to assess the impact of the appointments made by the Government to the Constitutional Court (TC) --former minister Juan Carlos Campo and the former high office of Moncloa Laura Díez-- in the internal negotiations of the CGPJ to designate its two applicants and thus complete the third of four magistrates pending renewal in the TC.

According to the sources of the governing body of the judges consulted by Europa Press, the meeting of the negotiating commission held this Thursday has been brief --barely five minutes-- because it has basically served for the representatives of the conservative bloc --José Antonio Ballestero and Carmen Llombart--to transfer their progressive colleagues --Álvaro Cuesta and Roser Bach-- who were not yet ready to resume talks.

The reason, according to these sources, is that the conservative members have not yet had time to study how the fact that the Executive nominated Campo and Díez yesterday as its two candidates for the Constitutional may affect the negotiation in the CGPJ. Thus, they have asked their progressive counterparts to meet tomorrow to hold the conservative conclave this Thursday night and to be able to go to the negotiating table with a clear position.

The aforementioned sources already advanced to Europa Press on Wednesday that the appointment of Campo y Díez complicated the conversations within the CGPJ because the conservative wing believes that the Moncloa nominees are two excessively politicized profiles that would need to be compensated by betting from the start. Council by two faultless applicants from the point of view of impartiality.

Campo was the Minister of Justice who approved the pardons for those convicted of the independence process in Catalonia and who later returned to the National Court to join its Criminal Chamber, where he has had to refrain from cases with a political background. Díez, for her part, is a professor at the University of Barcelona who was an advisor to the Government for the reform of the Statute and a former senior position in the Ministry of the Presidency of the Government of Pedro Sánchez.

This Thursday's meeting was set last week after the negotiators reached an impasse because the conservative vocals insisted on the need to change the rules of the game to avoid what they describe as a "distribution of cards", so that the two names are negotiated jointly. They reacted in this way to the candidate launched by the progressives, the magistrate of the Supreme Court (TS) José Manuel Bandrés.

Although the conservative members have not yet formalized any name, as Europa Press has learned, they handle six names: Pablo Llarena, Julián Sánchez Melgar and Vicente Magro, from the Criminal Chamber of the TS; and César Tolosa, Inés Huerta and Diego Córdoba, from the Contentious-Administrative Chamber.

However, the sources consulted indicate that the best positioned to obtain the endorsement of the CGPJ as a whole are Tolosa and Pablo Lucas, the magistrate of the TS in charge of controlling the activity of the CNI and who was on the first list of nine candidates released by the progressive vowels.

For now, the CGPJ has promised to hold a first vote in its ordinary plenary session on December 22, although the sources stress that it is likely that there will be no white smoke that day, which could postpone any agreement until next year.

‹ ›
Keywords:
Tribunal ConstitucionalJuan Carlos CampoCGPJ
Your comment has been forwarded to the administrator for approval.×
Warning! Will constitute a criminal offense, illegal, threatening, offensive, insulting and swearing, derogatory, defamatory, vulgar, pornographic, indecent, personality rights, damaging or similar nature in the nature of all kinds of financial content, legal, criminal and administrative responsibility for the content of the sender member / members are belong.
Related News