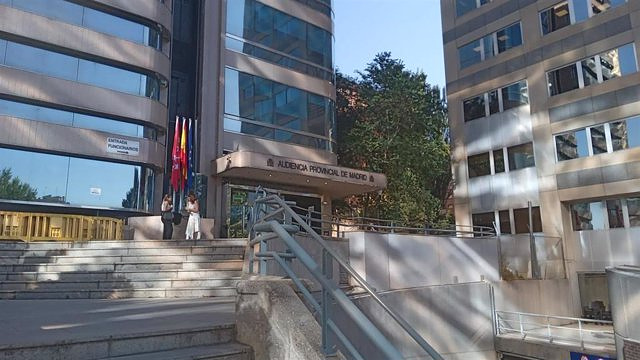 The Section of the Provincial Court of Madrid that released last October a teacher convicted of sexual abuse, to whom it applied the benefits to the prisoner of the 'only yes is yes' law, is made up mostly of magistrates.

The new reform of the Criminal Code promoted by the Ministry of Equality is leading magistrates to review sentences ex officio or interested parties in cases of sexual crimes. Now, sexual abuse is merged with the crime of sexual assault and the minimum penalties to be applied are lowered.

On November 25, the fifteen presidents of the criminal sections of the Provincial Court of Madrid will meet to establish doctrine in this regard. The meeting was scheduled weeks ago, without coinciding with the controversy created around the reform of the Penal Code.

Yesterday, the Permanent Commission of the General Council of the Judiciary (CGPJ) expressed "its strongest rejection of the intolerable attacks made against members of the Judiciary by some political leaders" in allusion to the words of Irene Montero.

The Minister of Equality affirmed yesterday that machismo "can cause judges to apply the law incorrectly or to apply it defectively."

Faced with this, Section 15, which reviews several cases in which this benefit can be applied, is made up of magistrates María Esther Arranz, María del Pilar Casado, María del Carmen Herrero, and Ana Victoria Revuelta. Judge Luis Carlos Pelluz is also a member of the Section.

Last January, Section 15 sentenced this primary school teacher at a public school in San Sebastián de los Reyes to six years in prison for three continuous crimes of sexual abuse and one of child pornography.

With the review, the penalty was one year in jail. For this reason, the defense lawyer is considering requesting compensation from the State for the damages caused by spending more than three years in pretrial detention.

In addition, Section 17 of the Madrid Court is made up of two magistrates and three magistrates. This is the Section that is receiving the most requests for review of sentences, although this point may vary due to the constant arrival of new cases.