He asks for 8 years for the man, accused of raping his partner's daughter, and 10 for her mother for not helping her. 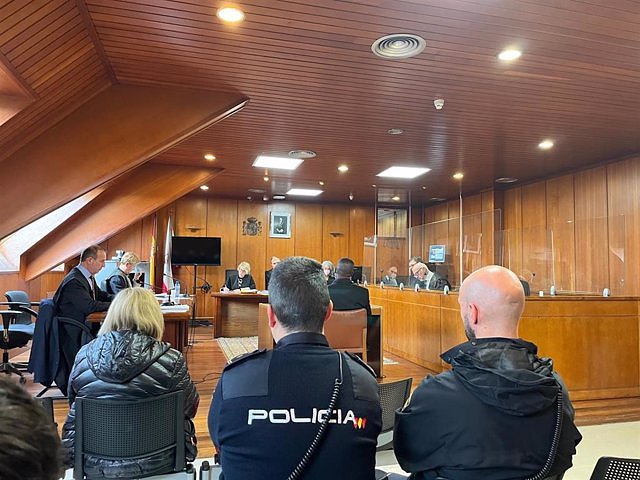 He asks for 8 years for the man, accused of raping his partner's daughter, and 10 for her mother for not helping her

The Prosecutor's Office has raised its prison request for two years for two accused of the rape of a young woman in Santander in November 2021, for the application of the "only yes is yes" law, which unifies the crimes of sexual abuse and assault .

In the trial, held yesterday and today in the First Section of the Provincial Court of Cantabria, a man, who was a partner of the mother of the alleged victim, and also the mother herself for allegedly not helping her were accused of rape.

He, the Prosecutor's Office and the private prosecution considered him the perpetrator of the rape and she the author of the same crime committed by omission.

Initially, the Prosecutor's Office and also the private prosecution requested six years in prison for the man, in pretrial detention, and eight for the girl's mother, as the aggravating circumstance of kinship concurred in the latter case.

However, the Public Prosecutor's Office has raised this Thursday the request for a sentence for both by varying the classification of the crime, since before it was considered sexual abuse and now assault, sources in the case have confirmed to Europa Press.

These same sources have recalled that with the "only yes is yes" law --formally called the Law on Guarantees of Sexual Freedom--, in force since October 7-- the two crimes are unified into a single type, the aggression, and the penalties are also modified.

In this way, the Prosecutor's Office has requested 8 years for the man and 10 for the girl's mother, to which the private prosecution has adhered.

The events being prosecuted occurred in the early morning of November 25, 2021, when the couple picked up the biological daughter of the woman who came from Logroño to spend a few days with her in Santander.

After being in various places in the city consuming alcohol, they went to the hostel that the young woman had booked to stay. There the three agreed and it was there where the sexual assault was allegedly committed.

Yesterday, the accused man stated that he had had a sexual relationship without penetration with the girl, but "with consent", at a time when her mother had been absent from the room.

The mother of the allegedly raped girl also assured that she had left the room and that when she entered she surprised them in bed and affirmed that they both admitted to her that they had maintained the relationship.

However, the victim claimed that she had been forced when the man, taking advantage of the fact that she had lain down on the bed feeling "dizzy", had taken off her stockings, shoes and underwear, had gotten on top of her and he had entered, while she tried to wriggle free.

In addition, he assured that, at the time of the attack, his mother was present, to whom he asked for help without success. In fact, she claimed that the man took turns penetrating her and her mother.

At one point, the victim managed to get up and leave the room and the hostel to ask for help, calling the telephone of a nearby house. The couple who lived there called the police and, when the agents arrived, she explained to them that she had been raped.

The agents who testified at the trial corroborated that, upon arrival, the girl only managed to say "that black man -- the defendant was black -- has raped me," although at that time they did not know who she was referring to because the defendant was not there.

At that moment, the girl's mother arrived, who explained that they had been having drinks and that her daughter was "a little confused and nothing had happened." However, to the agents, seeing the state of the girl, "something did not add up" and they had the feeling that she was trying to "downplay" the matter and "cover" her partner.

The police officers asked where the man was and the woman took them to the room where the defendant was and two of them arrested him, while another took the girl to the hospital.

Today, several experts have testified and, after the conclusions, the trial has been seen for sentencing.

‹ ›
Keywords:
CrímenesAbusos SexualesSantander (Cantabria)
Your comment has been forwarded to the administrator for approval.×
Warning! Will constitute a criminal offense, illegal, threatening, offensive, insulting and swearing, derogatory, defamatory, vulgar, pornographic, indecent, personality rights, damaging or similar nature in the nature of all kinds of financial content, legal, criminal and administrative responsibility for the content of the sender member / members are belong.
Related News