The Court of Barcelona ordered to reopen the case that the instructor had filed. 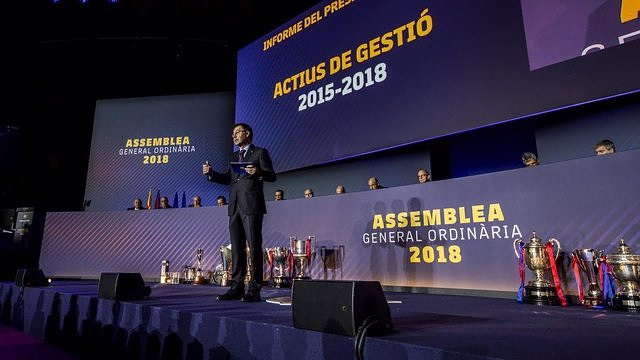 The head of the Investigating Court 13 of Barcelona, ​​which is investigating the 'Barçagate' case, has prosecuted the former president of FC Barcelona Josep Maria Bartomeu and his former chief of staff Jaume Masferrer for alleged insults and slander against the president of Mediapro, Jaume Roures, legal sources have explained to Europa Press.

In a statement this Tuesday, Mediapro has explained that the judge has prosecuted them for their alleged link with the Twitter and Facebook profiles 'Jaume, a film of terror', "from those who were slandered and defamed" in Roures.

Mediapro has added that these accounts "created in January 2018 by Nicestream - I3 Venture had clearly offensive content and a clear purpose of damaging the image" of Roures.

In July 2020 Roures filed a complaint for alleged libel and slander against Bartomeu and Masferrer, which gave rise to this lawsuit.

The instructor closed the case in April 2022, assessing that the comments against Roures were "ugly, inadequate, unnecessary", but they do not constitute a crime of libel or slander because no reference was made to specific crimes, and those that do They had already been published before in the media.

However, after an appeal, the Barcelona Court decided to reopen the case that has now led to the prosecution of Bartomeu and Masferrer.