He affirms that in the decree of the Prosecutor's Office they have chosen the interpretation that "best protects the victims". 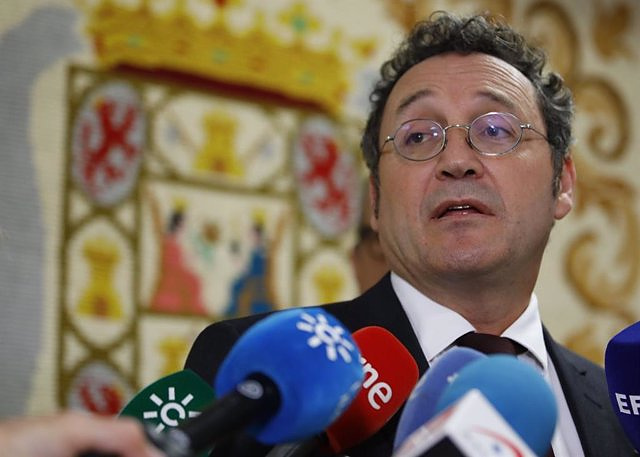 The State Attorney General, Álvaro García Ortiz, pointed out this Wednesday, in relation to what is known as the 'only yes is yes' law, that "it is inevitable" that more reductions in sentences will continue to occur with this new regulation, although it qualifies that there will be no "generalized reduction" penalties.

To questions from journalists in Granada on this matter, García Ortíz has specified that "there is more than one interpretation of the norm" that "are perfectly constitutional" and, within this, the Prosecutor's Office has chosen the one that it understands that "best protects the victims" in the decree issued so that the prosecutors give a uniform response to the revisions of the sentence caused by the entry into force of this regulation.

The attorney general has defended that the Prosecutor's Office "advocates his thesis" and has done so in a "serious" and "rigorous" way with a "good decree, being clear that there is more than one interpretation of the norm" that "are perfectly constitutional ".

"Within this, the Prosecutor's Office has chosen the one that we understand best protects the victims, we are very calm because we do our job, which is to propose legal theses, and it is up to the courts to accept them or not, simply that," said the prosecutor. state general.

However, when asked if it is possible to expect that sentences will continue to be lowered with this regulation, he has recognized that "it is inevitable" that there will be, and what the Prosecutor's Office does is "analyze how and in what way and in which cases they occur these discounts in some cases".

He has qualified, however, that "we are not talking about a generalized reduction" of penalties, but that it is about the application of the Law and the "normality" that the entry into force of a new law supposes, as has happened in other ocasions.

He thus recalled that the Penal Code has undergone some thirty modifications and whenever "it is touched" it is necessary to reflect on how the new regulations influence the facts that have been prosecuted and "we are there, in a legal debate with a transcendental obvious social situation", said the attorney general.

The State Attorney General, Álvaro García Ortíz, and the Andalusian Superior Prosecutor, Ana Tárrago, spoke to the media in Granada before presiding over the Ordinary Board of Provincial and Area Chief Prosecutors of Andalusia, Ceuta and Melilla in the Prosecutor's Office of the Autonomous Community of Andalusia.