The AN sends Gonzalo Boyé, Puigdemont's lawyer, and Sito Miñanco to trial for 'Operation Myth'

It sits on the bench another 47 individuals and 5 legal entities. 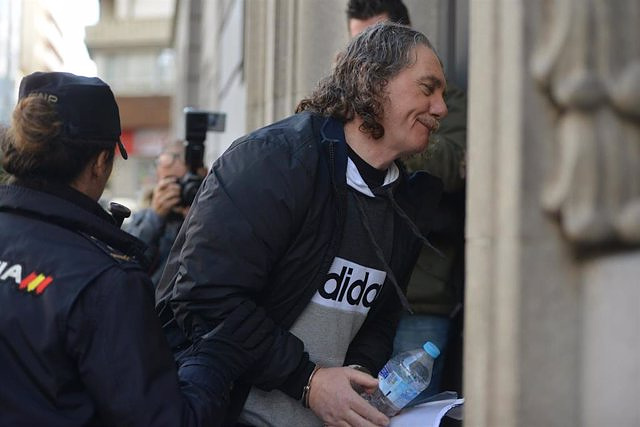 The National Court (AN) has sent to trial the lawyer of the former Catalan president Carles Puigdemont, Gonzalo Boye, for an alleged crime of money laundering, the Galician drug trafficker José Ramón Prado Bugallo, known as Sito Miñanco, and 47 other individuals for their alleged involvement in 'operation Myth'.

In an order from this Friday, collected by Europa Press, the Criminal Chamber confirms the summary order issued by the instructor of the procedure, the head of the Central Investigating Court Number 3, María Tardón. In addition, it also sends five legal entities to trial.

Boye, specifically, was prosecuted by the magistrate for an alleged crime of money laundering. All this for his alleged participation in the operation to recover 889,620 euros that the Police had seized from members of the Sito Miñanco organization at the Madrid Barajas airport.

These 'human couriers', who were carrying the money hidden in a suitcase to move it to Colombia, were arrested in February 2017 at the Madrid airfield. Then, according to the magistrate's account, the 'narcos' contacted Boye and another lawyer, Jesús Morán Castro, to prepare documents that would justify the legal origin of the money.

Boye and two other lawyers will sit on the bench for their alleged involvement in the preparation of documents and contracts for the sale of bills of exchange to recover the money seized by the Police.

In this context, the Chamber has ruled out Boye's request, who had asked that the case be closed. "The indications that are described in the indictment of which the defendant Gonzalo Boyé results in the facts against him are imputed, prevent the dismissal of proceedings with respect to him," he clarified.

The lawyer had also urged the revocation of the summary conclusion for the practice of a series of proceedings. The magistrates, however, ensure that "its usefulness for clarifying the facts" is not justified.

In the order for the opening of the oral trial, the Chamber has agreed to what was requested by the Prosecutor's Office and has agreed to send all those accused by the investigator to the bench with one exception: that of Amr Lanjri Lahcinoui. The magistrates have followed the Anti-Corruption criterion and have decreed the dismissal of the case as no accusation has been filed against him.

On the other hand, the Criminal Chamber has also denied Miñanco's request to revoke the summary conclusion to carry out a total of 14 different proceedings. The magistrates, who discarded 13 of them as they were not considered relevant, have only accepted the contribution of an expert report.

All the defendants are allegedly related to 'operation Myth', centered on the network that Sito Miñanco was allegedly running and that tried to unsuccessfully introduce more than 4,000 kilos of cocaine into Spain in two different operations that were cut short by the investigators who followed him. the track since 2016.

That organization, according to the judge, was mainly engaged in the importation and distribution of narcotic substances (especially cocaine) and money laundering. Thus, while some members of the network were exclusively in charge of facilitating the money in 'b', a third party used false credits between relatives to justify the delivery of that money in their accounts, while another member used his security company to issue invoices. false.

THE SENTENCES OF SITO

The court found it accredited that the convicts formed an organized structure marked by intense personal ties of its members and that they laundered money from drug trafficking between 1988 and 2012, through instrumental companies "constituted to conceal and return the profits obtained or linked to activities of enormous quantitative and qualitative magnitude of drug trafficking in which Mr. Bugallo participated".

Previously, the Supreme Court also confirmed the sentence to 16 years and 10 months in prison and the payment of a fine of 390,000 euros to Miñanco that was imposed by the National Court. Specifically, for trying to introduce into Spain, in the summer of 2001, 3.7 tons of cocaine from the Colombian cartel of Medellín, aboard the ship 'Agios Konstandinos'.

‹ ›
Keywords:
Audiencia NacionalCarles Puigdemont
Your comment has been forwarded to the administrator for approval.×
Warning! Will constitute a criminal offense, illegal, threatening, offensive, insulting and swearing, derogatory, defamatory, vulgar, pornographic, indecent, personality rights, damaging or similar nature in the nature of all kinds of financial content, legal, criminal and administrative responsibility for the content of the sender member / members are belong.
Related News