They were "especially Russian interests" and photographed three yachts of businessmen anchored in the port. 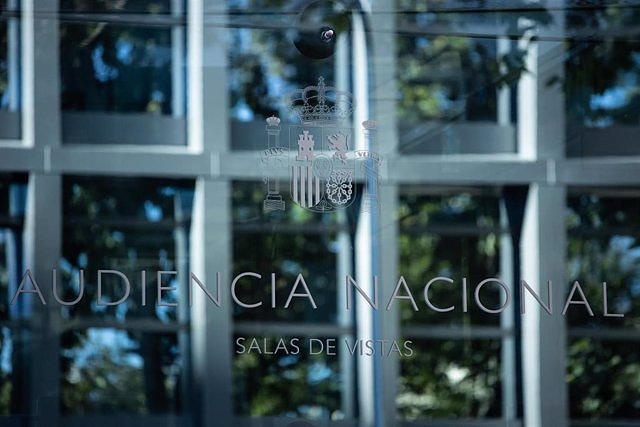 The National Court (AN) judges six men as of Monday as alleged members of a jihadist cell developed with "the ideology" of the Islamic State and that had among its plans "the perpetration of an attack" in Barcelona, ​​where they were based.

Rabah H., alias 'Rabeh' or 'Berkan Azizi', is for the Public Prosecutor's Office the leader of the terrorist cell based in Barcelona and in which Omar N., in charge of training and contact with DAESH, would have been integrated; Hatab S., aka 'Miami', in command of the computer apparatus, and Lyes A., aka 'Soufian', target identifier.

The prosecutor maintains that the cell was in a position to act in the Catalan capital. "Not only had they been theoretically trained in the postulates of radical jihadist Salafism, but they had also been trained in making explosives and handling other types of weapons and had begun the process to provide themselves with the necessary weapons for that purpose," explains in writing.

To prepare their attack plans, the Public Ministry says that they would have had the help of Younas E. to try to obtain weapons and Hichem H. to obtain data on targets.

And, according to the Public Ministry, the cell "was in contact" with the Islamic State from Omar N. and "through a complex system consisting of the chained use of various applications, unrelated to each other" and "whose sequenced use allowed to establish a direct dialogue with the ISIS".

To contact members of DAESH, Omar N. accessed a blog managed by someone who claimed to be an authorized contact of the organization in the conflict zone in the Middle East. Later, he was sent to instant messaging applications in which he would have conversed "directly", as of June 2018, with ISIS officials, who kept him "punctually" informed.

In addition, in parallel to these contacts with ISIS, Omar N. consulted web pages that collected manuals on the handmade manufacture of explosives for "lone wolves", exposes the Public Ministry.

Also through the Internet, the alleged leader of the cell, Rabah H., in order to keep the cell he directed in communication with DAESH, accessed lists with jihadist contacts and consulted the videos published by production companies of the organization.

In his leadership role, Rabah H. called meetings to educate himself in the radical Salafist ideology, provided jihadist-style propaganda material for his colleagues, imposed rules of conduct and security, distributed tasks and set objectives.

The objectives were set "especially" on "Russian interests" and, for example, Lyes A. photographed three Russian business yachts that were regularly anchored in the port of Barcelona.

The meetings had a "double purpose", according to the Prosecutor's Office: on the one hand, to unite the group in its terrorist will and, on the other, by being open to the participation of third parties, including minors, they facilitated the recruitment of future jihadists. .

"Thanks to this direct connection, the members of the cell could consult whatever new material was published by any of the official ISIS channels, sometimes even within a few minutes of its publication on the internet by the terrorist group, as well as be informed almost in real time of the attacks that took place", details the prosecutor in the letter.

The cell, which according to the account of the Prosecutor's Office "maintained contact with other people who have been the subject of various investigations for jihadist terrorism" in the National High Court itself, browsed the 'deep web', where it found "all kinds of court material violent and radical Salafist", such as attacks or executions.

Other of the alleged members of the cell, points out the Prosecutor's Office, searched the internet for various tutorials "on the handling of combat knives" as well as "instructions on how to successfully carry out attacks through massive running over."

"Once the necessary formation and ideological cohesion of the cell had been obtained, trained in the use of explosives and knives and in how to successfully carry out mass attacks and with the expectation of obtaining war material, the possible objectives were marked. ", adds the letter of the Prosecutor's Office.

‹ ›
Keywords:
Audiencia NacionalTerrorismoDaesh
Your comment has been forwarded to the administrator for approval.×
Warning! Will constitute a criminal offense, illegal, threatening, offensive, insulting and swearing, derogatory, defamatory, vulgar, pornographic, indecent, personality rights, damaging or similar nature in the nature of all kinds of financial content, legal, criminal and administrative responsibility for the content of the sender member / members are belong.
Related News