They believe that "sufficient information" has not been provided to know all the elements of the debate. 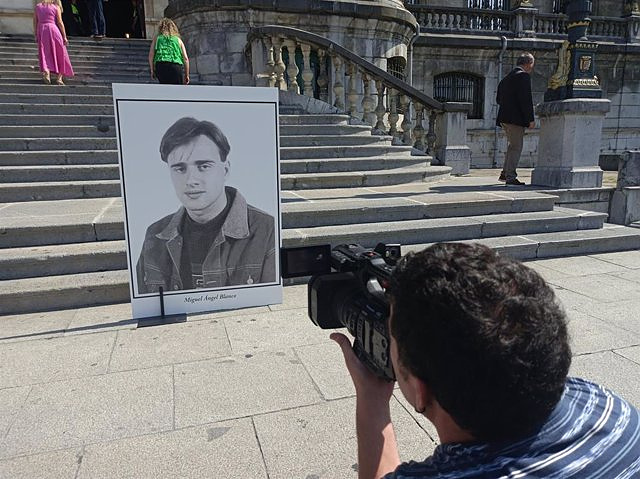 The prosecutors of the Supreme Court (TS) Javier Zaragoza and Consuelo Madrigal have asked the State Attorney General, Álvaro García Ortiz, to obtain the opinion of the prosecutor of the National Court (AN) Vicente González Mota, as he is the only member of the Public Ministry who defended that the 'Miguel Ángel Blanco case' had not prescribed, before submitting the matter for debate in the Board of Chamber Prosecutors to set criteria.

In a letter from last Wednesday, to which Europa Press has had access, Zaragoza and Madrigal address the head of the State Attorney General's Office (FGE) when observing that on the agenda of the Board of Prosecutors of the Chamber scheduled for this Friday , November 25, a "private consultation of the chief prosecutor of the National Court Prosecutor's Office", Jesús Alonso, is announced.

The prosecutors of the TS Chamber understand that it is "highly probable that the query in question is related to the legal discrepancies that have arisen between the chief prosecutor of that judicial body and the prosecutor in charge of the matter regarding the application of the prescription in the summary that is being investigated. by the Central Court of Instruction Number 6 of the National Court for the kidnapping and murder of Miguel Ángel Blanco".

In his opinion, "it is absolutely essential for the adequate knowledge and resolution of the consultation the contribution of the official letters and written communications in which the discrepancy was reflected."

"And that a report on this issue be also requested from the prosecutor who was in charge of the dispatch of the matter in the month of July, for its incorporation into the documentation under examination, and thus be able to have the necessary elements of judgment," they add.

Zaragoza and Madrigal recall that the queries that those responsible for the different prosecutors send to the FGE "require that the terms of the legal conflict to be resolved be clearly and precisely explained, including a summary of the facts that are affected, the possible opinions or discrepant legal interpretations, and the solution proposal that is considered most appropriate for the resolution of the conflict raised".

However, they state that "in the present case neither the reason nor the content of the consultation is identified, nor is sufficient information provided on the data and circumstances that it is necessary to know in order to issue a well-founded opinion."

"We have also been transferred some files that contain a huge amount of judicial documentation whose specific relationship with the specific objective pursued by promoting this particular consultation has not been adequately explained either," they add.

During his first intervention in the Congress of Deputies, on July 28, García Ortiz promised to submit the debate on the statute of limitations in the 'Miguel Ángel Blanco case' to the first Chamber of Prosecutors, although it was not possible. because there was still a series of documentation that France had to send. In the one scheduled for tomorrow, he finally does not appear on the agenda either.

The origin of the legal conflict is the differences in criteria between González Mota and the rest of his colleagues in the AN. According to legal sources explained to Europa Press, the traditional criterion of the AN Prosecutor's Office has been to consider the prescription interrupted with the formal imputation, although the then prosecutor in the case raised the possibility of marking the turning point at the time of the detention.

The first thesis would prevent the investigations from continuing against three of the four former ETA leaders investigated --Miguel Albisu, alias 'Mikel Antza'; María Soledad Iparraguirre, 'Anboto'; and Ignacio Miguel Gracia, "Iñaki de Rentería"-- because they were formally indicted on July 8, which far exceeds the 20-year statute of limitations that applies to the "Miguel Ángel Blanco case," who was kidnapped and murdered by ETA in 1997.

The path indicated by González Mota, on the other hand, would allow us to advance the moment in which the prescription would have been interrupted, thus opening the possibility of investigating the former ETA leadership for this crime. But his theory did not get the support of the rest of the AN prosecutors, which is why he asked to be relieved of the case, as Europa Press learned.

For its part, the association of victims of terrorism Dignidad y Justicia (DyJ), which filed the complaint with which Manuel García Castellón reopened the case in March, has drawn up the 'Miguel Ángel Blanco doctrine' to apply the imprescriptibility of crimes of crimes against humanity enshrined by the Council of Europe in a 1974 convention for crimes committed by ETA and other terrorist groups as of December 24, 1990: a total of 430.

Thus, the legal sources emphasize that the only clear case seems to be that of José Javier Arizcuren, also former head of ETA, 'Kantauri', because the then judge of the AN Eloy Velasco already reopened in 2016 the summary of the 'Miguel Ángel case Blanco' to impute him as inducer of the crime. However, García Castellón is still waiting for France to authorize an investigation into these events.

The legal complexity of this matter has become clear with the case of 'Iñaki de Rentería'. The head of the Central Investigating Court Number 6 ex officio appreciated the prescription of the facts for him in his resolution of July 8, but -before the appeals raised by the Prosecutor's Office, PP and DyJ- he corrected his initial decision on the past 10 of November.

The investigating judge explained in that last resolution that, although he believes that "the crime is not prescribed", he also understands that it is not yet the procedural moment to determine it, even pointing to the oral trial, which meant accepting the reasoning embodied by González Mota in his appeal for reform.

However, 'Iñaki de Rentería' has appealed the decision to also reopen the judicial investigation for him, alleging that García Castellón made a decision "against the law" as the facts would be prescribed.

It should be remembered that the AN is now investigating the ETA leadership of the time for its alleged involvement in the kidnapping and murder of the young PP councilor in Ermua. The judicial headquarters already sentenced Francisco Javier García Gaztelu, 'Txapote', and Irantzu Gallastegui Sodupe, 'Amaia', to 50 years in prison as material authors.

‹ ›
Keywords:
Audiencia NacionalTribunal Supremo
Your comment has been forwarded to the administrator for approval.×
Warning! Will constitute a criminal offense, illegal, threatening, offensive, insulting and swearing, derogatory, defamatory, vulgar, pornographic, indecent, personality rights, damaging or similar nature in the nature of all kinds of financial content, legal, criminal and administrative responsibility for the content of the sender member / members are belong.
Related News