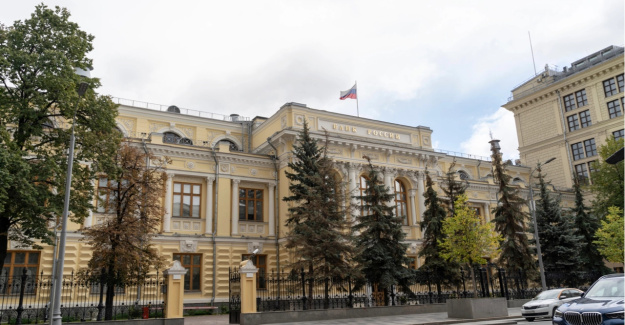 This is because of western sanctions and restrictions on currency operations.

The Central Bank of Russia ( CBR ) has informed banks of the requirement to track certain transactions, including cryptocurrency. The financial regulator sent a letter asking banks to report "anomalies" in transaction activity of their clients, such as changes in investment and consumer spending.

Forklog quotes a document that says bank officials need to be alert for unusual transactions, withdrawals to foreign jurisdictions, and transactions involving digital currency. This monitoring should also include operations of persons and entities that circumvent foreign currency restrictions or withdraw assets from organizations registered in "unfriendly countries".

"In such cases banks are advised to conduct a thorough check on the client and consider refusing the transaction. They should also classify it as suspicious," said the CBR in the notice, which was coordinated with Rosfinmonitoring. Rosfinmonitoring is the Russian Federation's main financial watchdog.

The Bank of Russia has been a staunch opponent of the ongoing efforts legalize Russia's crypto market. They cited risks to Russia's financial stability as well as its citizens. The monetary authority proposed banning a wide range of activities, including mining, trading, and issuing cryptocurrencies. It has previously advised banking institutions to block wallets and cards used for crypto-exchange transactions.

The Ministry of Finance and most other Russian institutions and regulators support a different approach that places emphasis on strict oversight of regulation. Minfin presented a draft law "On Digital Currency" in February. This law aims to legalize cryptocurrency operations through Russian banks that are authorized and fills other gaps in the existing regulatory framework.

CBR's latest attempt to stop crypto-related transactions is despite statements showing Russia’s interest in digital currencies to restore access to global finance, which has been severely restricted by sanctions for its invasion of Ukraine. The Western allies took steps to stop Moscow from using crypto assets in order to avoid the restrictions.