Next Tuesday in Barcelona, ​​the King will preside over the delivery of offices to the new judges of the 71 promotion 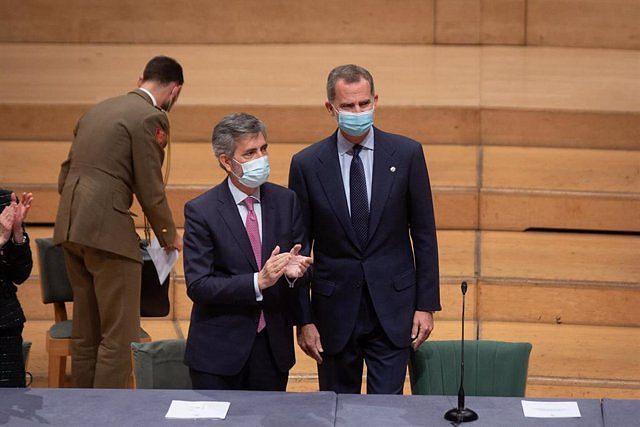 King Felipe VI will preside over the delivery of offices to the 171 members --125 women and 46 men-- of the 71st promotion of the Judicial Career on Tuesday, January 31 in Barcelona. The acting president of the General Council of the Judiciary (CGPJ), Rafael Mozo, and the director of the Judicial School, Jorge Jiménez, will take part in the act.

This is explained in an informative note from the CGPJ, collected by Europa Press, in which it is added that the 44 members --26 men and 18 women-- of the 22 promotion of the fourth shift, reserved to jurists of recognized competence with more than ten years of professional practice.

The monarch's usual attendance at this act was altered in 2020 when he did not preside for the first time since he acceded to the throne in 2014 this act of delivering offices to the new judges despite the invitation issued by the CGPJ.

In 2019 it was the celebration of the 40th anniversary of the Constitution that altered the delivery of offices, because the act was transferred to Madrid, and Felipe VI was present there.

‹ ›
Keywords:
Rey FelipeCGPJ
Your comment has been forwarded to the administrator for approval.×
Warning! Will constitute a criminal offense, illegal, threatening, offensive, insulting and swearing, derogatory, defamatory, vulgar, pornographic, indecent, personality rights, damaging or similar nature in the nature of all kinds of financial content, legal, criminal and administrative responsibility for the content of the sender member / members are belong.
Related News