Madrid dismisses the law of 'only yes is yes' as "nonsense": "Justice does not have to be either macho or feminist" 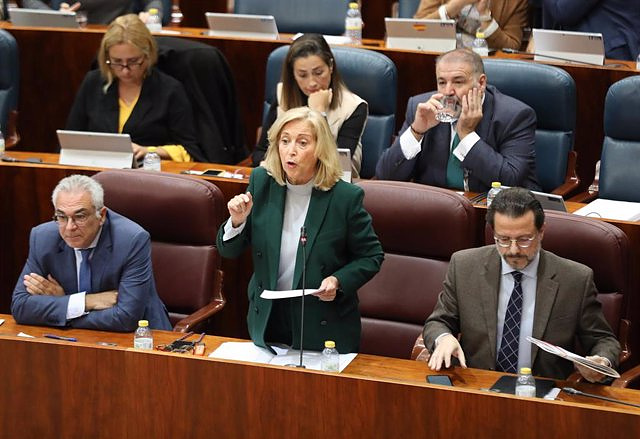 The Minister of Family, Youth and Social Policies of the Community of Madrid, Concepción Dancausa, has branded this Thursday as "nonsense" the "Law of only yes is yes" and believes that Justice does not have to be "neither sexist nor feminist, Justice only."

This is how he referred to this regulation during the Control Session to the Government to the questions of the socialist deputy Silvia Monterrubio and the deputy of Más Madrid Loreto Arenillas on gender violence in the region.

"It is ironic that the socialist bench wonders while we are witnessing an unprecedented legal nonsense. It has meant that the courts review sentences of those convicted of sexual crimes and since they have done it wrong, they are lowering the sentences," he lamented.

In addition, he has accused the President of the Government, Pedro Sánchez, of "contempt" the reports of the CGPJ and has called it a "scandal". He has also made the central government ugly that "far from recognizing his mistake" they accuse the judges of "not being feminists."

"Justice does not have to be sexist or feminist, it has to be Justice," he launched, while lamenting "the botch" of the Law that they have developed and that the Government of Spain "insults the judges." Thus, he has asked them to "stop destroying the penal code" and "assume that they have been wrong."

‹ ›
Keywords:
Violencia De Género
Your comment has been forwarded to the administrator for approval.×
Warning! Will constitute a criminal offense, illegal, threatening, offensive, insulting and swearing, derogatory, defamatory, vulgar, pornographic, indecent, personality rights, damaging or similar nature in the nature of all kinds of financial content, legal, criminal and administrative responsibility for the content of the sender member / members are belong.
Related News