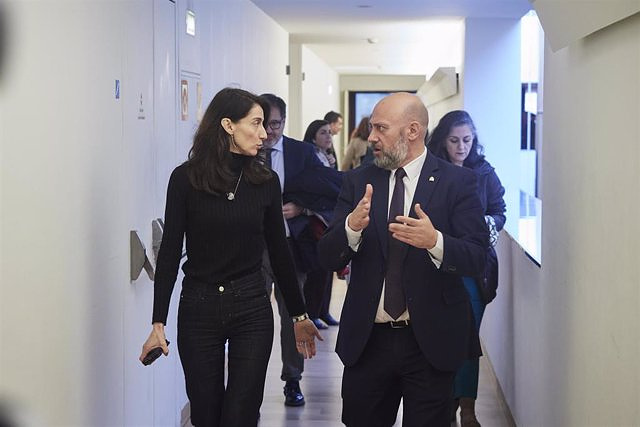 The Minister of Justice, Pilar Llop, has valued this Monday the training plans for the judicial career in terms of gender perspective, and has indicated that "continuing training and maternity must be compatible".

In her speech at the inauguration of the X Summit of Women Jurists, which this year is titled 'Normalizing equality, a shared effort', she pointed out that, from the Center for Legal Studies, in all selective courses for access to all the bodies of the Administration of Justice "training in gender perspective is given in a transversal way, impregnating the entire field that it covers".

In this way, the minister has confronted the position defended by the Ministry of Equality on the occasion of the controversy caused by the Law of 'only yes is yes', since they advocated training judges before the sentences that they revised downward sentencing of sex offenders.

In this sense, the minister has referred to the course of the 60 promotion of access to the fiscal career, and has indicated that this promotion, the training in gender matters, has been received by 127 people, of whom 74 percent were women. .

Likewise, Llop has pointed out that the teaching plans include specific modules on equality between women and men, and the fight against gender violence. In fact, she has added, one of the tutored parts, practice, is dedicated to specific issues of violence against women.

To this, he has added the specific ongoing training plans for each specific body, and explained that 17 training activities have been held on equal opportunities and the fight against gender violence.

On the other hand, Llop recalled that, on the occasion of the International Day to Combat Gender Violence, emphasis has been placed on "the importance of combating gender stereotypes, anything that represents an obstacle that prevents full security and women's freedom. "The commitment for women to be prestigious lawyers must be global," she pointed out.

In this sense, he recalled that 58 percent of law students are women, that 70 percent of the new members of the judicial career are women, and that among the beneficiaries of scholarships, 80 percent are women.

Llop, during his speech, stressed that when women are expelled from public spaces "democracies are destroyed". For this reason, he has pointed out that they face an "immense challenge" which is that of co-responsible conciliation, which must come together between men and women with conscience and democratic and ethical responsibility.

In Llop's opinion, equality must be brought to private spaces, so that women can project themselves into public spaces. Care must be shared matter, she added.