These online courses are very popular in the race and since 2019 they have been taken by 1,600 judges. 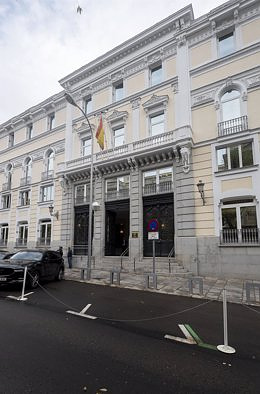 These online courses are very popular in the race and since 2019 they have been taken by 1,600 judges

Judges and magistrates who want to access a specialization must take and pass a 50-hour gender perspective course, according to sources from the General Council of the Judiciary (CGPJ). Magistrates also point out that training in equality is continuous from the Judicial School and extends throughout their entire career.

This continuous training contrasts with the statement made this Wednesday by the Minister of Equality, Irene Montero, who pointed out that the mandatory training of legal personnel in the matter of the Law on the Comprehensive Guarantee of Sexual Freedom, known as the law of 'only yes is yes'.

This gender perspective course has been mandatory since 2019, after the entry into force of the reform of the Organic Law of the Judiciary (LOPJ) on urgent measures in application of the State Pact on gender violence, these sources remind Europe Press, adding that since then 1,600 judges have already done so, which is 27 percent of the race.

The sources explain that this course, which is online and involves a dedication of 50 hours, must be taken and passed, because it is a sine quanon condition to be able to carry out the specialty 'minioposition'. However, they clarify that the law does not oblige the entire career to follow this or any other course, and they remember that whoever wants to can do it voluntarily -even if they do not want to specialize in any specific subject--.

Regarding the popularity of this course among Spanish judges, they affirm that it is in great demand and that when the term opens annually from the Judicial School, a large number of members of the career sign up, something possible because, being online, the places are unlimited.

On the other hand, they explain that there is a specific course on gender violence that must be taken by judges who, through ordinary competition, are going to occupy a position in a specialized court for violence against women or in provincial courts that have a specialized section on violence. of genre.

One of the magistrates who has taken these perspective courses, the Equality delegate of the Superior Court of Justice of the Valencian Community, Laura Cristina Morell, explained in conversation with Europa Press that training in gender perspective starts from the career, it is it extends during the nine months in the Judicial School and continues afterwards because "it is not only an obligation but a right and it is exercised".

In addition, it has indicated that more courses on gender violence are also offered to which judges can opt without limit, and has added to this that in addition to the general gender perspective, there are specific modules for each branch: civil, criminal, commercial , contentious and social.

Regarding the training, which she herself has carried out, she has described it as "very complete" and has stressed that not only does it have the theoretical part but also the practice has great weight because to pass the issuance of resolutions with a perspective of gender.

Regarding the controversy aroused these days after the review of several convictions for sexual assault under the new 'only yes is yes' law, Morell has commented that faced with the accusations that the judges "are fachas" she can only say that at 38 years old, already a magistrate, she did not live the time of the dictator Francisco Franco, and that the career is "highly feminized" with 56 percent women.